The National Jewish Genetic Consortium and medical guidelines recommend screening for these disorders among people of Ashkenazi Jewish descent. Good Start Genetics is the first company to bring clinical-grade, physician-ordered and affordable carrier screening tests into the home, accompanied by access to board-certified genetic counselors.

According to the National Institutes of Health (NIH), nearly one in five people of Ashkenazi Jewish descent are carriers of a Jewish genetic disorder.

“We are committed to broadening access and removing barriers to best-in-class testing for mass clinical markets,” said Good Start’s president and CEO Jeffrey Luber. “Healthcare is rapidly changing in a way that enables new delivery models in reproductive health that broaden access and affordability for millions. Central to our commitment to responsible testing, is our inclusion of physician ordering and world-class genetic counseling with every test, and at price points not previously seen in the market.”

In November 2016, the company announced its partnership with Amazon, becoming the first genetic testing outfit with a direct relationship with the online retailer. In addition to the flagship VeriYou CF/SMA test, which offers testing for cystic fibrosis and spinal muscular atrophy, the newest addition, the VeriYou AJ/SMA test, offering testing for the spinal muscular atrophy and the 17 most prevalent genetic disorders in the Ashkenazi Jewish population, will also be available for purchase on Amazon.com or directly at Veriyou.com. 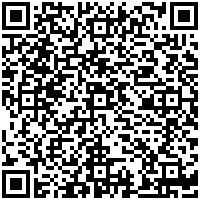