On the seventh night of Chanukah last year, Grafton E. Thomas went on a stabbing spree at the home of Rabbi Chaim Rottenberg in Monsey, NY. He wounded five people, one of whom later died from his injuries.

The case seems pretty straightforward. If Mr. Thomas committed the crime, he should be found guilty of assault, battery, and perhaps even murder. If he didn’t, he shouldn’t.

But the government complicated the moral waters by also charging Thomas with a hate crime. Hate, of course, is an emotion. It takes place solely in the mind of the perpetrator. One can commit a crime with or without being hateful about it.

Before going about their business, mafia hit men sometimes say something along the lines of, “It isn’t personal; it’s just business.” In other words, they harbor no personal animosity toward their victim.

But should mafia hit men be treated as lesser offenders than criminals who commit the exact same crime while acknowledging their hatred of the victim? Why should an extra penalty be imposed for entertaining “bad thoughts” while in the commission of a crime? From the point of view of the victim in this example, the end result is the same. In both cases, he’s dead.

I don’t mean to imply that motives are completely irrelevant. If you break someone’s ribs while pushing him away from a speeding truck, you are innocent of any crime. On the other hand, if you commit the exact same act in order to hurt the person, you’re a criminal.

But there is all the world of difference between the two examples. Distinguishing between someone who intends to save his fellow’s life and someone who wishes to harm his fellow is perfectly sensible. It’s not at all clear, though, that it makes sense to treat two murderers who committed the same exact heinous crime differently merely because one acted in cold blood while the other succumbed to bad thoughts.

Indeed, some might even argue that the person who murders coolly and rationally should receive a harsher punishment. After all, the assassin who plies his trade solely due to pecuniary considerations could easily have chosen to refrain. In contrast, the “hateful” murderer was in the grip of his passion, and thus less able to desist. 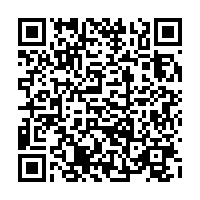