“That arrangement there in Palestine keeps us awake,” she told members of Cosatu, the largest trade union and a political ally of the ruling ANC party.

Was your statement a calculated slap at Israel or simply a careless remark by an otherwise smart official?

From where I sit, the answer is obvious: It’s nothing more than a biased statement in sync with South Africa’s longstanding policy.

Ms. Foreign Minister, if your deep sensibilities are calling for true justice and preventing you from having a good sleep, I suggest you do some reading that won’t cure your insomnia over buildings going up in Israel but may broaden your horizons.

Where shall we begin? How about the following:

By UN calculations, more than 120,000 Syrians have been murdered by the bloodthirsty president of Syria, Basher Assad. Thousands of children have been slaughtered by the Baath government and over 1,400 civilians – men, women and children – were gassed to death by the maniac in Damascus who would rather wipe out huge numbers of his own people than lose his grip on power.

So how is it that you, Madame Foreign Minister, haven’t lost any sleep over the bestiality and genocide in Syria? Are you able to slumber deeply and peacefully while thousands of innocent Syrians are dispatched with impunity?

According to UN estimates, 2.7 million Darfuris remain in displaced persons camps while more than 4.7 million Darfuris are forced to rely on humanitarian aid. The genocide in Darfur has claimed over 400,000 lives. More than one hundred people continue to die each day; five thousand die every month.

And that doesn’t prevent the honorable South African foreign minister from dreaming sweet and happy dreams?

A major IRC survey found that more than five million people have died from war-related causes in Congo since 1998 – the worlds’ deadliest documented conflict since World War II. Most of those deaths can be directly attributed to malaria, diarrhea, pneumonia and malnutrition – easily preventable and treatable conditions when people have access to health care and nutritious food.

Does that not disturb your sleep, Ms. Foreign Minister? Do you know where the country named Congo is situated? The last time I looked at a world map, I noticed it was in Africa – your continent.

Since you are in any case staying awake due to construction in Israel, why not just open the shades and look out your window? Why isn’t South Africa mounting a massive relief operation to save those still alive?

But then, how could you possibly be bothered with your next-door neighbor when the erection of new buildings in Israel is so much more important?

One would think that Burma/Myanmar is another trouble spot depriving you of a good night’s sleep. Any idea how many civilians have been killed in that long-simmering conflict? Any idea how many have been wounded, how many are homeless and starving? Do you care?

The conflict in Colombia has so far claimed over 600,000 lives. Since 2006 alone the Mexican drug war has seen more than 110,000 lives lost. In the Somali civil war upward of half a million people have been killed.

The above-referenced information is not designed to cloud the terrible crime Israel is committing. Oh, no. The criminality of building homes for Israelis can perhaps only be equated with the systematic destruction Pol Pot inflicted on his people in Cambodia (approximately 1.7 million people were slaughtered). No doubt the atrocity of construction on lands belonging to the Jewish people since time immemorial is on a par with the slaughter committed by the infamous Ugandan leader Idi Amin Dada.

There are so many other terrible conflicts that ought to disturb your nights – the ongoing violence in Kurdistan and Afghanistan and Iraq and Yemen and Mali and Nigeria and Pakistan…the list goes on and on.

In Saudi Arabia women are discriminated against in every aspect of their daily lives. They are flogged, beaten, and stoned to death. Yes, today, in the 21st century. But there’s no need to lose sleep over that. The plight of those women is not nearly as detrimental to your rest as is the construction in Israel.

The Palestinians held in Israeli jails whom you and your country insist on calling “political prisoners” are in fact bloody killers who have murdered and maimed men, women and children whose only sin was being at the wrong pizza parlor at the wrong time or taking an ill-fated bus headed directly into a waiting ambush.

Lieberman: A Pogrom against South Africa’s Jews only a Matter of Time 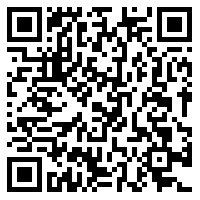