For the past week, the Israeli press and social media have been abuzz about a “famous singer” who is under police investigation for having sexual relations with under-aged girls.

Today, the gag order was released, and the singer’s identity, already extensively circulated on the unofficial media, Eyal Golan, has been published.

The allegations reportedly include that Golan had relations with 15 year old girls, allegedly pimped by Golan’s father. Furthermore, a second singer, whose name has not been released, is also apparently facing parallel allegations.

One of the girls who reportedly entered into a relationship with Eyal Golan at the age of 15, was interviewed by Yediot Achronot this week. The girl is now 17. She said in the interview that she has genuine affections for the pop star, and was a willing partner. “What is the problem with that?!”

Pop-stars and others who wield extraordinary influence and recognition, invariably have potential to abuse their charisma, talents and fame, particularly by taking advantage of admiring and vulnerable youths.

It would be hard to legislate against pop-stars having sexual relationships with starry-eyed fans – at least when the fans are legally adults (over 18).

However, the law in Israel does hold that some categories of privileged persons are forbidden to enter into sexual relationships with their clients, students or congregants – regardless of the age of the ‘victim’. The relationship is a priori assumed to be non-consensual, simply as a factor of the inequality of the two parties.

Anyone who has found themselves in such a position of being ‘taken advantage of’ should take advice about their recourse under the law. Even an outwardly consensual sexual relationship by a privileged person with their (even adult) client or subordinate, may be grounds for the offended party to bring criminal and civil proceedings. 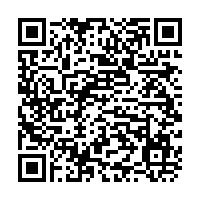