Growing up, I was taught the value of self-reliance. Dire straits may force a person to ask for financial assistance from his family, friends or community, but ordinarily, a self-respecting individual should not accept charity. “Better that one’s Shabbos meals resemble one’s weekday meals than to rely on others for help,” the Talmud quotes Rabbi Akiva as saying (Shabbos 118a).

This value, however, has apparently vanished in the ethical weltanschauung of many contemporary young Orthodox Jews. Acquaintances of mine have told me point-blank – without a trace of embarrassment in their voices – that they live in Section 8 housing and buy groceries with food stamps.

Are these individuals ill? Have they been fired from their jobs? Hardly. Most are newly married, as healthy as can be, and could easily afford housing and food if they worked for a living. But they prefer not to work. They study Torah all day long instead.

Leaving aside the debate between the relative value of studying Torah versus working, how does studying Torah justify taking charitable funds? Living off a generous father-in-law who wants to support his daughter’s family is understandable in certain circumstances. But living off the government dole is another matter entirely.

“We qualify for these programs,” argue some young Orthodox welfare recipients. Some do, that’s true. But even so, programs like Section 8 housing and food stamps were clearly never intended for able-bodied men who choose not to work. These government programs are essentially charitable funds set up by society for people who work hard to support their families but can’t make ends meet.

Some Orthodox Jews sponging off their fellow citizens concede this point but then argue, “Many undeserving Americans receive welfare benefits, so why shouldn’t we?” Yes, welfare fraud and associated crimes unfortunately do exist. But how does this fact justify taking charity without truly needing it? What exactly are these people arguing – that because some Americans take charity unjustly, they, too, can take charity unjustly?

Even supposing these charity recipients were right – and they’re not – where is their shame in subsisting on other people’s money? The Talmudic sages assumed normal people would feel ashamed to accept charity, which is why they praised anonymous donors and donors who don’t know their recipients’ identities. They also lauded people who employ poor men, thus saving them the embarrassment of living off donations.

How is it, then, that many young Orthodox Jewish couples today don’t feel any shame in taking charity? Indeed, in some communities, they even boast about how many government programs they benefit from. Where is the shame, the sense of honor, the pride in being self-sufficient?

Unfortunately, the problem runs even deeper. The sad fact is that many of these young newlywed Orthodox Jews don’t even really qualify for government welfare programs. They cheat and lie to receive their money. Some of them have part-time jobs – the women almost certainly do – and make too much money to qualify for government benefits. To avoid such “technical” obstacles, they ensure that a portion of their salary remains “off the books,” sometimes funneled through non-profit organizations.

Another trick I just learned about involves couples remaining unmarried – from a secular legal point of view. By marrying religiously under a chuppah but not civilly in city hall, some couples can continue to receive government benefits they would lose if legally married.

How do they justify their behavior? “We’re simply living together like so many other unmarried American men and women do,” they say. This excuse may fool the government, but what of the Lord sitting on High? God commands us to be honest and holy and to “walk in His ways.” Does God employ chicanery?

I’m no fan of government. I’m a conservative/libertarian and dislike many government programs. If I were president, I would urge Congress to phase out welfare, Medicare, social security and all the other major social welfare programs starting tomorrow. (Believe it or not, this country did quite well without any of these programs for the first 150 years of its existence.) In the meantime, however, these charitable programs exist and one cannot steal from them simply because one finds it convenient.

Some people argue that by living off the government one is simply benefiting from the tax money of one’s parents who would love nothing more than for their own children to benefit from their tax dollars. 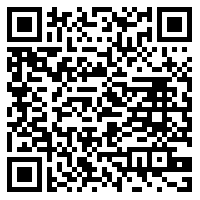