From the beginning of time, half-truths, lies, and falsehoods have been an effective weapon to soften, weaken, and bring down nations and people. The slanders used against the Jewish people throughout the generations have been designed to limit us, demonize us, and destroy us.

They have always failed.


But each generation seems determined to try anew.

In biblical times, we learn of kings and nations falling by the wayside as the Children of Israel become a strong and viable nation. Amalek, the Emorites, the Canaanites, and the king of Bashan were defeated. Just as God had promised they would be.

The king of Moav viewed the defeat of the other nations with ever growing alarm, realizing that conventional battle was not sufficient to slow the advance of the Hebrew nation. Like the others, he no doubt dismissed them as little more than a rabble of slaves, disorganized and weak. He had no inkling of the genuine power behind Israel’s advance. He tried to strategize. And like so many others since, he decided to use a mouthpiece (what we would call a “media expert” or “talking head”) to demean and diminish us.

Balak believed if only a world-renowned spokesman would ascend to a large enough platform to “curse the nation that has gone out from Egypt and covered the face of the land,” he might soften it up for a more conventional destruction.

His strategy sounds so familiar to our ears. From Bilam to the United Nations, we have been cursed, lied about, slandered. Balak’s “public relations” strategy was meant to debase us as foreigners, intruders, aggressors, immigrants (not yet the all-powerful money lenders and bankers!) so that “public opinion” would render us ripe for destruction.

Bilam, accepting Balak’s invitation, became the model for all those who would rise after him. There is no need to mine the mounds of history for examples of this strategy. We have contemporary examples everywhere we turn. We live in an “age of Bilam.”

But does not the Psalm express that relationship more passionately than any lover? If ever I forget thee…

With somber and serious expressions, they say Jews never lived in these “territories.”

Samaria and Judea notwithstanding, I suppose.

They blather that the Temple Mount has always been in Muslim hands and that Israelis are murdering innocent Arabs.

No mention, of course, that these “innocent Arabs” murder random Israelis, most recently a young border policewoman.

Our modern-day Bilams multiply over and over. They go by famous names and titles. The European Union. The United Nations. The United Nations Human Rights Commission, NGOs. Academics. That they are eloquent and “thoughtful” is beyond dispute. But so too was the first Bilam, whose prose and poetry remains unmatched by these deceitful charlatans.

Bilam. A deceiver and a liar.

Bilam. “Let us turn now to our Mideast expert…”

Balak knew the talking head he wanted. He dispatched messengers for him.

Bilam asked for some time to consider the king’s request. During the night he asked God’s direction. The answer was clear. “Do not go with them; do not curse the people, for they are blessed.”

Balak will not take “no” for an answer. He will speak to Bilam’s agent. Increase the offer. After all, everyone has a price, no?

Still Bilam resisted. “Even if Balak will give me his entire treasury filled with silver and gold, my hands are tied – I can only do that which God permits me to do.”

Once again, the messengers remain overnight to hear God’s response. This time, God’s response surprises Bilam. If these men are coming for your advantage (likra lecha), then go with them, just only speak that which I tell you.

What? Has God changed His mind?

Im likra lecha – Rashi teaches that God is telling him that if he believes this invitation is to his advantage, then he should go; but on the condition he say only that which God allows him to.

Ibn Ezra adds to our understanding by pointing out that God often responds to the entreaties of people by allowing them to do things of which He does not approve, as with the meraglim. You want to go? Go. No need to, but if you insist…

Bilam, despite his feigned resistance, is eager to go. As Ramban notes in a well-known maxim, “they lead a person on the path he wishes to travel.” Everyone has a price. And Bilam had his.

Rabbi Yissocher Frand cites Rav Shimon Schwab in saying that one of the most potent forces in the world is doing something lishma – for its own sake, free of ulterior motive. As soon as money, prestige, power, honor – anything that sullies the “rightness” of the action – comes into play, the action is demeaned. It loses its power and potency.

We are enjoined to learn Torah lishma, for its own sake. In doing so, we come closer to the Revealer of Torah. When we learn for money or self-aggrandizement, our learning is diminished. We do mitzvot lishma in order to incorporate God’s ways into our very being. When we perform mitzvot because of peer pressure, our action is demeaned.

This is the message God is delivering to Bilam. When Balak came to ask him to “curse the Jews” for no money, no fee, no recognition, he was ready to go for no other reason than that he hated Jews. He was ready to speak for a cause. So God told him not to go.

God knows that a man driven by lishma is genuinely dangerous. But when Balak offered honor and gelt, God shrugged. Do what you want. You are no longer dangerous. You are just another prostitute.

The narrative of Balak and Bilam teaches us, more than anything else, the power of lishma. Authenticity, honesty, integrity have allowed the Jewish people to withstand the lies of generations. With God’s help, we withstood Balak and Bilam. With God’s help, we will continue to withstand the talking heads and the fog of “alternative facts” and lies. 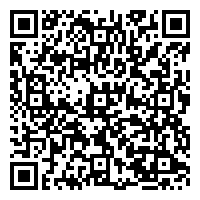