Finally, most of the facts are on the table. Thousands of Yemenite children in Israel were abducted from their parents between 1948 and 1954. Some were sold to adoptive parents in Israel and abroad. Others were even used for medical experiments.

Last month, the government finally released some of the protocols regarding the affair, which had been covered up until now. What do we do now with the horrifying facts that were revealed? Will it help for state leaders who were not even born in those years to apologize to relatives of the abducted children who are too young to remember what happened?


Even if we eventually learn all the hair-raising details, what can we do with the information? Where can we take it? How do we use it to create a formula that will prevent this type of evil from ever rearing its head here in the future? What is the principle that allowed it to happen and how can we eliminate it forever?

When Abraham was asked why he lied about his wife he answered, “There is no God in this place, and they will kill me.” When the government is centralized, when man decides that he is replacing God and takes the authority to run the life of another person – to decide where he will live, what he will believe, where he will work, how much he will earn, etc. – he will eventually also be willing to sacrifice that person’s body on the altar of some lofty ideology.

Where there is no God, there is no God’s image, either. And then there is no difference between man and dog, so why shouldn’t we perform some medical experiments on him? For the greater good, of course.

To keep a distance, for example, from a regime that decides that it is fine to torture tens of young boys to produce “evidence” that over one year later has not led to one serious indictment (so that the “country won’t fall apart,” as Bennett justified this recent scandal). To keep a distance from any regime that decides that it is fine to take biological samples from its citizens for biological marking – to enhance their security, of course. For the greater good, of course. Yes, I am talking about the recently passed Biometric Law. That is how it begins. 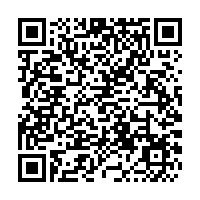