We are living in dark times. Scary times. Horrific times.

The amount of Jew hatred that fills the media and the airwaves and the very social fabric of some parts of society is at a level that is unconscionable. I have often written about how antisemitism has increased dramatically over the last few decades, but what we are witnessing today, one cannot help, but be shocked at the unprecedented levels it has now reached.


And the most frightening part of all is that it’s being blanketed under the coat of some kind of social justice.

In London, there was a convoy of pro Palestinian cars driving through suburban neighbourhoods with significant Jewish populations, and calling for the actual murder of Jews and the rape of their daughters and mothers. It’s on YouTube! Can you even begin to imagine the fear that must have invoked in ordinary Jewish citizens going about their business?

Also in England, synagogues in Norwich have been vandalised with anti-Semitic graffiti accompanied by a swastika underneath. If that wasn’t enough, a Rabbi was also severely beaten up in Essex.

I even read an article of how a Jewish mother, while on the way to see friends with her four year old child in the back seat, told of the terror she felt at being chased down a London street by cars adorned with Palestinian flags. She had to hide in an alley to avoid them.

In Canada, Palestinian activists were recorded beating up an elderly Jewish man with sticks. With sticks!

And in Germany, there have been numerous protests across the country, attacking synagogues and burning Israeli flags.

There are worldwide protests going on right now against Israel – and if anyone tells you they aren’t anti-Semitic in nature, they should just listen to them as they chant “Khaybar Khaybar, ya yahud, Jaish Muhammad, sa yahud,” which means, “Jews, remember Khaybar, the army of Muhammad is returning.” This is a battle cry often used when attacking Jews or Israelis and refers to a battle in 628 in a town called Khaybar in what is now modern day Saudi Arabia in which Muhammad and his Muslim army massacred and expelled the Jews.

So when you hear that chant, you should understand exactly what they are shouting for.

Then there is another chant, “From the river to the sea, Palestine will be free,” which calls for the eradication of Israel – which again makes it abundantly clear what they are shouting for.

I have also truly lost count at the amount of times I’ve seen the phrase, “Hitler was right” be posted across all kinds of social media, including by a CNN contributor!

Even in Israel there have been modern day pogroms once again when Arab neighbours rose up against their Jewish ones just as their neighbours did in Europe, beating them up and destroying synagogues. We also sadly learnt today that Yigal Yehoshua, a Jewish man in Lod who was attacked with bricks by an Arab mob, died of his injuries.

But the fact that these incidents could arise in our one Jewish home on earth – a place we should expect to feel safe – is just plain frightening.

I often shudder at the thoughts of what Holocaust survivors who lived through the darkest time in modern history must think. The lived through and witnessed the most evil of humankind rise up against them and against Jews and to think that they are once again witnessing the calls for their murder must be something that is hard to fathom.

And what do children think? Innocent children who might see these chants and realise that there are people out there who want to murder them and hurt them and wipe them off the planet.

This hatred is fuelled by a biased media who see Israel only as the bad guy, while refusing to recognise Hamas for what they truly are – a terrorist group that fires rockets at innocent people with the explicit purpose and hope of killing them.

It is also fuelled by anti-Semitic dictators in the region such as Turkish dictator Recep Tayyip Erdoğan who often compares Israel to the Nazis.

It’s even fueled by ignorant and ‘woke’ celebrities who think they are earning social justice credit by touting Hamas terrorists – even though bizarrely they are aligning themselves with a group who are against absolutely everything these celebrities say they stand for – such as women’s rights, the LGBT community and freedom of expression.

Sadly, and in my view, most tragic, are actual Jews who consider themselves social justice warriors who openly and unashamedly side with the very people who want us dead. There are many of them. They think of themselves as liberal progressives, but are nothing more than pathetic and naïve fools. At a time when our people are under attack all across the world, we should be standing proudly with each other, not with our enemies. Those that do are a true embarrassment to the Jewish people and all we hold dear.

And yet, despite this evil that is darkening our world, I still cannot help but choose to be optimistic and hopeful. And it’s not because of the terrible things happening, but because when these things happened before, we had nowhere to go and were left at the mercy of a world that didn’t care at all. A world who were truly not bothered when millions of us were shot and murdered in death camps. A world where we begged and clawed at their doors to escape the wave of evil drowning us – but the doors remained shut.

But today – we have our own country. A homeland we can go to in which we are welcome. A country with a Jewish army who will fight for our lives with all their might against all those who wish to take them with all theirs.

Jews outside Israel owe a debt of absolute gratitude and respect to those inside Israel, for they are the strongest of the strongest and we must never forget we are all part of the same family. They are facing an avalanche of evil, surrounded by enemies with blood lust in their hearts, and yet they remain strong and defiant, just as we must be in our support for them. How many nations can face over 3000 rocket attacks on their homes and their schools and their kindergartens and on their very lives and still carry on with the spirit and vigor and strength of the people of Israel?

And when Muhammad’s army or any other come looking for us, they will discover this isn’t Khaybar 628 anymore, but Israel 2021. 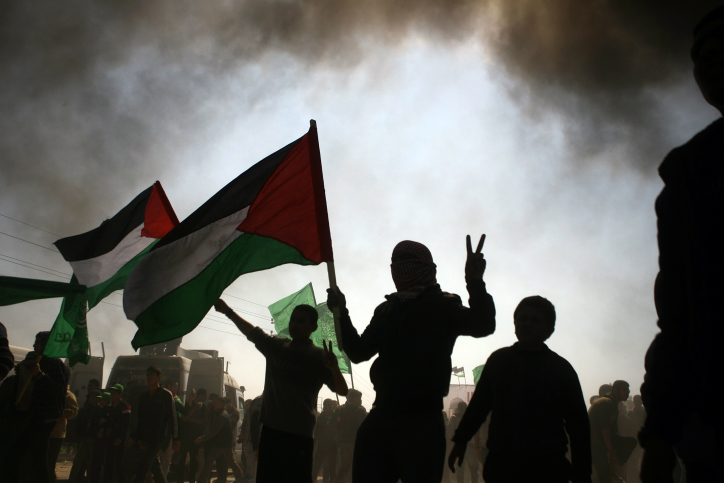 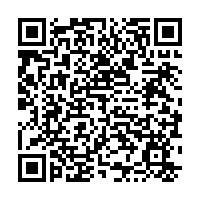