Have there ever in history been so many benighted fools all hankering for war at once?

That’s the proposition you have to believe in, to accept at face value the Obama administration’s endlessly expanding talking point that one stakeholder after another has to be excluded, left outside the knowledge loop – lied to – if peace is to be secured.

The latest audience for exclusion and deception is the Iranians themselves.  Previously, Team Obama had conveyed its intention to keep Congress out of the loop, by negotiating only a “non-legally-binding” agreement (but one which would allow the UN to drop sanctions, regardless of what the U.S. Congress did).

At one point, the Obama administration complained, in a narrative-placing “leak,” that Israel had had the temerity to “spy on” the proceedings, and make damaging disclosures about them.  Israel, too, was to be excluded from knowledge of what was actually happening.

Even our negotiating allies – Britain, France, and Germany – were chopped liver.  In the last weeks of the talks, they found themselves excluded as the U.S. delegation went head to head with the Iranians.

And now it’s the Iranians’ turn.  In light of the important differences between the public statements from each party on what actually happened in Geneva, the Obama administration has issued an explanation through its most accommodating media outlet, the New York Times.  Due to all the warmongers out there – that’s the underlying implication – Team Obama had to withhold from the Iranians any preview of how heroically it was going to paint the picture of what Iran had agreed to.

The Iranians haven’t taken it well.

American officials acknowledge that they did not inform the Iranians in advance of all the “parameters” the United States would make public in an effort to lock in progress made so far, as well as to strengthen the White House’s case against any move by members of Congress to impose more sanctions against Iran.

The official acknowledged that it was “understood that we had different narratives, but we wouldn’t contradict each other.”

No sooner were the negotiations over on Thursday, however, than Mr. Zarif posted to Twitter a message that dismissed the five-page set of American parameters as “spin.”

In an appearance on Iranian state television Saturday, Mr. Zarif kept up that refrain, saying that Iran had formally complained to Secretary of State John Kerry that the measures listed in the American statement were “in contradiction” to what had actually been accepted in Lausanne.

Sensible observers knew going into this that the Iranians were not to be trusted.  It augurs even worse for the “deal” that the Iranians can’t trust the Obama administration either.  (It augurs equally poorly that our negotiators in Geneva actually thought it was a good idea to not nail Iran down to a jointly agreed statement, made in public.  Nailing down such commitments is really just Negotiating 101, a principle there can be no good excuse to ignore.)

Just how much the public statements from the parties disagree is made plain in this article from Saturday by Farsi-speaker Amir Taheri.  He introduces his topic thus:

First, we have a joint statement in English in 291 words by Iranian Foreign Minister Muhammad Javad Zarif and the European Union foreign policy point-woman Federica Mogherini, who led the so-called P5+1 group of nations including the US in the negotiations.

Next we have the official Iranian text, in Persian, which runs into 512 words. The text put out by the French comes with 231 words. The prize for “spinner-in-chief” goes to US Secretary of State John Kerry who has put out a text in 1,318 words and acts as if we have a done deal.

It is not only in their length that the texts differ.

They amount to different, at times starkly contradictory, narratives.

Taheri proceeds to demonstrate how the wording in the translated Iranian statement ranges from vague and noncommittal to outright opposition to the stipulations in the U.S. State Department fact sheet.  Basically, his treatment, the New York Times’s (link above), and that of everyone in between confirms what I wrote on Friday:

Just like last time (see first link above), Iran has come out promptly to accuse the U.S. of lying about the deal.  Iran’s chief negotiator, Foreign Minister Mohammad Javad Zarif, describes the State Department fact sheet on the “deal” as “spin.”  This alone is singularly unpropitious.

The explanation is straightforward, however.  Iran didn’t actually agree to what the U.S. State Department has put out today.  John Bolton clarified this on Fox a couple of hours ago.  Nothing has been jointly signed or published by the U.S. and Iran.  Only one document has Iran’s explicit concurrence, and that is a joint statement with the EU.

The other is that State’s fact sheet and the EU-Iran statement speak in two different ways about the process for lifting sanctions on Iran.

It’s not clear why we would take Team Obama’s word for it that this “deal” has buy-in from Iran, on the basis the State Department has claimed.  Not only does no evidence support that claim, but the Obama administration acknowledges it had to withhold information about its intentions from Iran, just to be able to hold a joint photo op as this round of talks ended.

In case it’s not clear, that gambit by the U.S. administration will allow Iran to take issue with pretty much whatever aspects of the “deal” her negotiators want, when the talks resume heading for the June deadline.

The implication of Obama’s overall argument is that if you oppose this “deal,” you oppose the only alternative to a “war in the Middle East”:

So when you hear the inevitable critics of the deal sound off, ask them a simple question: Do you really think that this verifiable deal, if fully implemented, backed by the world’s major powers, is a worse option than the risk of another war in the Middle East?

Benjamin Netanyahu speared that straw man between the eyes in his speech to Congress in March, when he pointed out that there is, of course, an alternative this “this deal” or “war.”  The alternative is a better deal.

Team Obama apparently wants us to ignore that alternative, and instead believe the fairy tale that everyone except Team Obama either wants war, or doesn’t want to do what’s necessary to prevent it.  Therefore, according to this bizarre narrative, the Obama administration has to spend its days in secrecy, crafting lies and omissions, in order to navigate toward “peace” around all the recalcitrant lovers of war laying mines in its path. 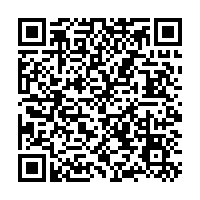