In the Middle East, children are being used by the adults who should be caring for them to turn them into jihadist weapons to conquer the world — sometimes with bombs strapped onto them to kill their perceived enemies. Children are given gun training to learn how to kill Jews, and are told that dying for the sake of jihad is the highest honor and the only guarantee to go to heaven. If these are not abuses of the human rights of the child, what is? In the elementary school we attended in Gaza, the political and cultural agenda of the Arab world was pushed down our throats in effectively every subject.

American children today are also suffering from adult agendas shoved down their throats: the environmental agenda, the feminist agenda, the gay agenda, the Islamist agenda, the class-envy agenda, the racial-divide agendas, the animal-rights agenda, ad infinitum. What people in the West fail to see is that they, too, are using their children as weapons: as tools to bring about social, cultural and political change, often to destroy the American system as we know it and replace it with a new America that the popular culture and many Americans seem so desperate to accomplish.


Experiments in child rearing do not only happen in ignorant third world countries, where people do not know better. My daughter came home from high school asking which topic to pick for an essay she was asked to write. The topics were: suicide, mass murder, or being bullied and oppressed because you are gay or from a certain race or national background. When I suggested “none of the above,” her answer was that this was the list the teacher given.

Boys are told that what was once considered normal boy play. Roughhousing, has now become a crime, bullying. Girls are encouraged to perceive themselves as victims of men and marriage and to feel hurt about it.

The American political and social divides are trickling down to our schools and placing horrific pressure on our kids. In divorces, the father watches his kids taken away from him while the mother is told she can do everything on her own without a father. In political and cultural divisions, adults are also acting like hostile, divorcing parents tearing their kids apart during custody battles. As in the Middle East, where kids are unintentionally hurt for political, social and psychological experimentation, in America we are also usurping their innocence.

Adam Lanza, mentally ill or not, may not have had to end the way he did. He lacked fear of authority while living in the isolation of a large home with a mother desperate to please him by taking him shooting, buying assault weapons, guns and ammunition for a son she knew was not well. This mother was told by the popular culture that she could replace the father in her son’s life and that the son would not feel any difference whether the father’s activities were done by the father or her. This poor mother told her friends she was trying to bond with her 20-year-old son — what she unfortunately did not know was that this is an age when young men hate to be seen with their mothers.

American culture has hurt women, children and the family structure by telling women they could do everything, by telling men they are disposable and by telling girls that motherhood and marriage are unnecessary.

In the larger picture, the American epidemic of mass gun shootings by young men could be a cry for help by several generations of American kids who have suffered under decades of experimentation and indoctrination in our public schools. It could also be a cry for help by American single mothers, who are told they can take the role of both men and women in the family including the difficult task of raising young boys to adulthood alone. Women need a break; kids need fathers as much as they need mothers. They also need the traditional extended family relations: the nurturing grandmother, the funny uncle or aunt, cousins. It is time for America to end the self-righteous pressure on our kids to change America. 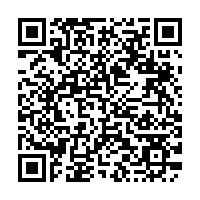