After a 12 day hunger strike I sat down to answer the simple question what our activity on the Temple Mount all about!

In one sentence I could put it like this : our activity is motivated by the denial of Jewish Civil Rights at Judaism’s most holy site, the Temple Mount.


While Israel’s Supreme Court has recognized the right of Jewish worship on the Temple Mount, the Court has left the implementation of those basic civil and religious rights to police discretion. This in turn has led to consistent civil rights violations in the name of short sighted self-serving expediencies.

Lately the Israel Independence Fund established the LIBAH, the Initiative for Jewish Freedom on the Temple Mount, bringing together a diverse group of Jewish Israelis – secular, Haredi, traditional, National Religious, men and women – who are united in their concern that the inability of Jews to freely ascend the Mount to pray, meditate or give thanks represents a grievous and indefensible Civil Rights deprivation to Jews all over the world.

LIBAH believes that current modus operandus that restricts Jewish presence as a way of keeping “peace” actually undercuts the prospects for peaceful co-existence in Israel and in the region as a whole. We say that it is actually the exact reverse: How can we expect to have any kind of peaceful co-existence if there is not the mutual respect that would allow all peoples, and especially Muslims and Jews, to share space that is of vital import and concern to each? Real, meaningful, durable peace begins on the Temple Mount.

LIBAH understands that while the Temple Mount carries great religious significance – so significant that many Jews will not ascend the Mount out of fear of compromising the holiness of the site – at the end of the day, the ultimate issue is the right for any Jew who is willing to ascend to be able to do so.

Current restrictions are humiliating, demeaning and carry all the hateful aspects of “dhimmi-tude” and second class citizenry. How can this inhumane treatment to Jews be possible in sovereign Israeli territory?

We are one hundred percent sure that the current humiliation must end.

While there will inevitably be short term difficulties in accepting a modus vivendus, LIBAH points to the Ma’arat HaMachpelah (The Tomb of the Patriarchs and Matriarchs in Chevron) as an example of an equally coveted site by both Jews and Muslims, where there has been a workable arrangement of shared sacred space.

We are not seeking to supplant any group from worship or access to the Temple Mount. Rather, LIBAH is striving to assure that all groups have equal rights to ascend and to pray on the Temple Mount.

Right now that right is being denied to Jews. This must change. 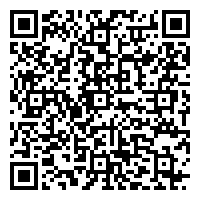