One of the leading pro-Israel non-governmental organizations is denouncing acting Palestinian Authority leader Mahmoud Abbas for his incendiary incitement against the Jewish people’s rights to their own religious sites. That NGO is urging the U.S., the EU and interfaith leaders to join it in the denunciation before Abbas’s false claims lead to further violence.

The Simon Wiesenthal Center denounced what it called Mahmoud Abbas’s “assault on the religious freedom of the Jewish people” for stating that Jews visiting Jerusalem’s Temple Mount are desecrating the Al Aqsa Mosque.


“Mr. Abbas sounds no different than Hamas when he labels Jews visiting the Temple Mount—Judaism’s holiest site—a ‘desecration’ and calls upon Muslims to defend the Al-Aqsa Mosque against a non-existent threat,” charged Rabbis Marvin Hier and Abraham Cooper, founder and dean and associate Dean of the major international Jewish human rights group.

The NGO asserts that the action of the PA’s acting leader is consistent with Palestinian leadership’s efforts to deny the Jewish people’s historic connection to the Holy Land.

One example they gave was the PA’s effort to rebrand Rachel’s Tomb, which is  the burial place of the matriarch of the Jewish nation, as a mosque. Another example the SWC offered is the repeated attempts of the Palestinian Arabs to torch Joseph’s Tomb, located near Nablus, and having made it virtually impossible for Jews to worship there safely. A third example is the repeated denial by Palestinian Arab leaders that King Solomon’s Temple stood atop the Temple Mount in Jerusalem.

The leadership of the SWC castigated the PA leadership both for trying to disassociate the Jewish connection to the Holy Land and for fomenting hatred amongst their people against the Jews by pretending that Jews are trying to destroy what the Muslims have been taught are their own religious sites.

The SWC explained Abbas’s “outrageous campaign”is a relatively new phenomenon. Historically,”Muslims often revered and protected Jewish Holy sites.” They cited a pamphlet published by the Supreme Muslim Council in Jerusalem between 1924 through 1953, “A Brief Guide to Al-Haram Al-Sharif,” an English language guide to the Temple Mount.

That pamphlet states on its opening page, referring to the Temple Mount: “Its identity with the site of Solomon’s Temple is beyond dispute. This, too, is the spot, according to the universal belief, on which [quoting Hebrew scripture] ‘David built there an alter unto the Lord.'”

We live in a time when Muslims, Christians and Jews are beheaded by a so-called Islamic State, when Christians have been ethnically cleansed from historic communities in Iraq and threatened throughout the Middle East. Israel is the only country where the religious rights of all faiths are protected and respected. Indeed, people of all faiths—including Muslims– are welcome to visit the Western Wall; Jews should be equally welcomed to visit the Temple Mount.

The SWC called on U.S. President Obama, Secretary of State Kerry and other political and religious leaders to “tell President Abbas to stop the canards,” and to finally acknowledge that the Temple Mount is, indisputably, Holy to the Jewish people. Unless Abbas is confronted by those international leaders, the SWC warned, “Abbas’s lies will surely incite to violence.” 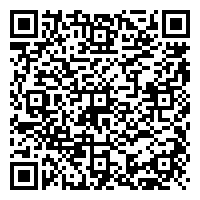