“If you want to make an apple pie from scratch, you must first create the universe” ~ Carl Sagan.

According to the latest literature, scientists are closing in on creating synthetic cells, comprised of small combinations of proteins, buffering agents, and chemical energy, which they hope will replicate living cells which divide on their own. But even if and when that momentous scientific achievement occurs, it will still have been accomplished using G-d’s raw material.


The point is, there are certain things in nature that – no matter how advanced we become – mankind will never be able to replicate. Whether it’s the miracle of microorganisms like the tardigrade, or the diversity of the particles of sand by the ocean, or the ability for cactus plants to spontaneously reproduce and provide healing to burn victims, or the honey bee, or aquatic life in all its diversity, or just the human body and all of its integrated systems, or countless other natural wonders, these miracles of nature surpass anything that man can ever conceive of creating.

And that’s just natural phenomena on our own planet. When one considers the enormity of the cosmos, the miracle of all of existence is truly overwhelming.

We’ve all had a lot of time over the pandemic to reflect on nature, thanks to the many nature walks we’ve taken during the closures. In the absence of going to movies, sporting events, and restaurants, it seems like exploring the outdoors is one of the few recreational activities that’s deemed perfectly safe. The truth is, I’ve discovered things in my own neighborhood, truly beautiful things, that I would have never discovered had it not been for the pandemic.

So perhaps my mind has focused more on the miracles of nature, which is why something in particular puzzled me over this past Yom Kippur afternoon, when I was reading the haftarah of Yonah. I noticed an anomaly in the narrative that I don’t think I’d ever caught before. In the final chapter of the story, after Yonah spent forty days exhorting the people of Nineveh to repent, scripture writes that Yonah left Nineveh and sat in the wilderness overlooking the city during a very hot time of year. Verse 5 states that Yonah built himself a “sukkah” and sat under its shade, waiting to see what would happen to the inhabitants of Nineveh. Verse 6 states that Hashem prepared a kikayon plant that provided Yonah with shade, and that Yonah rejoiced greatly upon receiving this divine gift. Verse 7 then states that Hashem sent a worm to eat the kikayon plant, thus taking away its shade from Yonah. Verse 8 states that when the sun arose, Hashem caused a hot eastern wind to blow over Yonah. Yonah suffered greatly, to the point where he wanted to die.

The strange part of this whole story is that in verse 5, Yonah had already built himself a sukkah to provide himself with shade. Why did he need Hashem’s kikayon and why did it make him so happy if he already had shade? Furthermore, why was he so upset when the kikayon was taken away? Why not just go back to sitting under the shade of his sukkah?

Hashem’s Works Are Superior to Man’s

Taken in the context of the story, the reason why Hashem created the kikayon plant in the first place was to teach Yonah a moral lesson. As the text states, after Yonah expressed his great grief over losing the kikayon’s shade, Hashem said to him: “If you’re so upset over the loss of a kikayon, that you didn’t create, and that has only existed for a day, then imagine how upset I am over the prospect of losing 120,000 innocent and undiscerning human beings and animals of Nineveh!”

The lesson of the kikayon was to teach Yonah how precious Hashem’s creations are. Human beings are limited in their understanding of Hashem’s efforts in creation. We fail to see that magnificence of each component of creation, each being imbued with a portion of Hashem. Human beings create things all the time, but our creations are deficient in two ways. First, we create using G-d’s raw ingredients, not our own. Second, the outcome of our efforts pales qualitatively in comparison to the Almighty’s. A man may build a hut in a wilderness, since he lacks the resources to build anything else. He may even be proud of his efforts, but in the end, he knows that his hut – built from the little that he can find that was never his in the first place – is a product that is disposable and is of very little value.

Compare the man-made hut to a kikayon, a weed-like plant which can even grow in the wilderness at Hashem’s behest. The foliage found in a wilderness has great value, intricacy, and versatility. It provides superior shade, far better than a man-made hut, because in addition to having thick leaves, its leaves are imbued with moisture and coolness which not only protects from the beating sun but also provides respite from the great heat. Furthermore, the kikayon is organic, and is used for food by other organisms, such as the simple worm in our story. Its very versatility and superior utility indicates that it’s a product of Hashem’s, not of man’s. This was why Yonah was so grateful for the kikayon, because it protected him so much better than his own sukkah. And that was precisely the lesson that Hashem was trying to convey.

The lesson to Yonah was simply this: You don’t appreciate the value to Hashem of all the humans and animals that were created, because you aren’t as invested in your “creations” as I am in Mine. When you make something, it’s from raw ingredients that were given to you and that you didn’t create yourself. Furthermore, when you do build something, it’s invariably inferior to that which is found in nature. This is an invaluable lesson in how Hashem views the entire world: Not only is humanity precious, but every single component, even the animals and plants that seem to whither and die indiscriminately, are vital and precious in Hashem’s eyes.

From Yom Kippur to Sukkos

And this leads us to discuss why Sukkos comes right after Yom Kippur. Over the High Holiday season, we worked hard, exerted strenuously, and made sacrifices in order to come earlier and stay longer in shul, to rearrange our schedules because of the Yamim Tovim, and in general were more cautious with what we did and said over the entire season of teshuvah. This is because we’re heavily invested in the people whom we believe we’ve been helping through these efforts: ourselves and our loved ones. Every prayer, every beat of the chest, every tear that’s been shed, has been to garner help and benefit for either ourselves or someone whom we care deeply about.

And yet, as much as we care about those people, Hashem cares even more, is more heavily invested in our wellbeing, and sees the greater value in each and every one of us. As much as we would like to live, Hashem wants us to live even more. We may be tending to ourselves and our loved ones, but at the end of the day, our bodies and souls were given to us; we didn’t create ourselves. As such, our very existence is that much more precious to Hashem than it is to us.

The sukkah is the symbol for this idea. It’s the same sukkah that Yonah built. We take the raw materials of ourselves that Hashem gave to us – our bodies and our minds – and we develop them, we enhance them, we beautify them to the best of our ability. But at the end of the day, we’re not nearly as invested in them as Hashem is. Moreover, we look at ourselves and we see the sukkah, the temporary dwelling for ourselves in this life. We care for our sukkah. But if we were shown our eternal souls – the kikayon of our being – we would have so much more joy from seeing that part of who we really are. And if that soul were taken away from us, we’d be left quite bereft, and the poor sukkah of our temporal lives in this world would be scant consolation; indeed, it would be valueless.

Even our efforts over these past few weeks have been like Yonah’s relationship with his sukkah – he appreciates its value, but isn’t as invested in it as Hashem is. Hashem has been that much more concerned about our wellbeing. We eat well, we exercise, and we take care of ourselves. But who keeps our hearts beating, our lungs breathing, even when we’re sleeping? That’s the difference between man’s love for himself and Hashem’s love for man. As much as we’ve been cheering for ourselves, Hashem has been cheering even harder.

There’s a fundamental dispute in the Talmud as to why we dwell in the sukkah during the holiday. Rabbi Eliezer says it is to commemorate the Clouds of Glory that G-d surrounded us with when He took us out of Egypt. Rabbi Akiva says that the sukkah commemorates the huts that we constructed for ourselves for temporary living in the desert.

Perhaps both are right. Both huts and clouds were in the desert. R’ Eliezer states that the focus of this Yom Tov is to appreciate that as much as we love ourselves and work hard for our own sustenance, Hashem loves us even more, which is witnessed by the beautiful and embracing Clouds of Glory. Rabbi Akiva agrees that the Clouds were embracing and of a superior quality to our measly huts. But Sukkos is a celebration of our own accomplishments of being Hashem’s partners in creation. Granted, we cannot compete with the wonders of nature. But as long as we recognize that we are using G-d’s “dirt” to make an inferior product, but that we do so in order to help enhance Hashem’s creation, then we – and not just Hashem – are also worthy of celebration. Either way, Sukkos is a festival of rejoicing with Hashem for being alive and being His children and partners. Let’s remember the Divine embrace that Sukkos represents. As challenging as life is right now, no one can take away that loving feeling. May this Divine embrace grow ever stronger until the forthcoming Redemption. 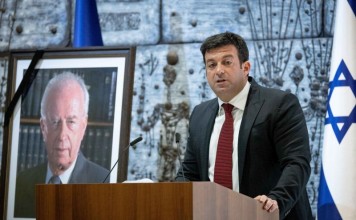 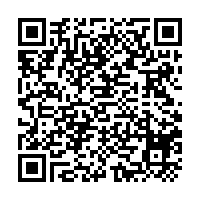