One of the most telling details about the complete defeat of the small but dedicated Israel haters in Congress was the fact that in the end, Rep. Alexandria Ocasio-Cortez (D-NY), who is the leader of the 10-member “Squad,” voted “present” on the bill that corrected her own vicious attack on Israeli security.

As you probably recall, earlier this week, a few hours before a scheduled vote on the US Budget, the Squad members forced the House of Representatives to remove a clause from the budget dedicated to replenishing Israel’s stock of Iron Dome rockets, which has been used heavily during the May clashes with Hamas (US Broken Promise: Congress Shoot Down $1B Emergency Aid to Replenish Israel’s Iron Dome). The move made the Democrats in the House look bad for a day, and then resulted in a whopping success for the vast majority in Congress who are true friends and allies of the Jewish State: the House of Representatives passed a stand-alone bill (H.R. 5323) to cover Israel’s costs in replenishing Iron Dome by a vote of 420 to 9.


How did AOC vote on the bill she personally caused? She voted “present.” Not because she suddenly had a change of heart and stopped aiding and abating the enemies of Israel, but because AOC is planning to challenge Senate majority leader Chuck Schumer (D-NY) in 2022. You can’t be on the record as voting against replenishing Israel’s main defense against terrorist attacks on her civilians and win a Senate seat in NY State.

Still, the cameras caught a tearful AOC as she watched the complete collapse of her plot. Indeed, Israel owes the anti-Semitic former barista from the Bronx for helping galvanize astonishing bipartisan support for the US’ only true ally in the Middle East.

“Iron Dome … has zero offensive applications: it identifies rockets that are likely to hit vulnerable targets, most of them civilians, and, with an astonishingly high success rate, takes the rockets out,” wrote NY Times Columnist Bret Stephens on Thursday (A Foul Play by Progressives Over Israel’s Iron Dome), adding: “The system also very likely saves Palestinian lives by vastly reducing the political pressure on Israeli leaders to rapidly eliminate Hamas’s vast rocket arsenal by ordering a ground invasion.”

“Undermining Israel’s security is enough of a priority for at least some House progressives that they’re fully prepared to humiliate a president from their own party, hold hostage funding for the entire federal government and hand Republicans a golden talking point,” Stephens noted, and lamented that the bad news is “you will almost certainly not see Representative Jamaal Bowman of New York, Representative Pramila Jayapal of Washington, Representative Rashida Tlaib of Michigan or their fellow travelers in the House progressive caucus paying any serious reputational cost for this supremely foul piece of political grandstanding.”

Meanwhile, Haaretz right-wing columnist Israel Harel questioned the strategic validity of the entire Iron Dome concept (כיפת ברזל: הוי הקוראים לחושך אור). He reminded his readers that “after thousands of rockets landed on the south following the disengagement from Gush Katif, Israeli decision-makers were faced with two main alternatives: to return temporarily to the Strip—in other words, to attack—in order to destroy the enemy’s rocket production capacity, or rely on defensive weapons.”

“The decision that was made (and not only regarding the rockets from Gaza), was based on a negation of the common warfare theory that has always been accepted—including in Israel until the recent revolution: the best defense is a good attack. The revolutionary innovation of Iron Dome suggests: the best attack is a good defense.”

Besides prolonging the suffering of hundreds of thousands of Israelis and Gazans, and many civilian deaths on both sides, the Iron Dome policy also enhances Israel’s client state status, Harel argues, pointing to this week’s power struggle in the House. Yes, it’s nice to have so many friends in Congress, but must Israel be seen with a hat in its hand?

Be that as it may, there may be a second, just as powerful outcome to the Squad’s nasty shenanigans. As Stephens concluded: “It would behoove Democrats in the honorable majority to start treating their Israel-hating members not as parliamentary nuisances or social media embarrassments but as the ill-intended bigots they well and truly are.”

You’re not dreaming, folks, it’s in the NY Times. 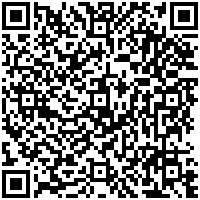