I will concede that a person’s frame of mind can make a tremendous difference to his will to overcome challenges. These placebos may have such an affect. But we are taught that a direct line to the Almighty is the true response to a crisis. It helps us cope. It is one thing to turn to a greater or holier person for inspiration. But it is a failure of one’s humanity to expect them to perform miracles for us.

In days gone by, people they explained the irrational in life as the work of spirits, evil eyes, curses, or the wheel of fortune. They saw astrology as a tool to explain the way God intervenes in the world, rather than as a system in competition with the Divine. They realized there were external influences such as gravity and natural phenomena. They just wanted to know how they could control it all. We graduated to seeking scientific information. Yet still there is so much that escapes us. That is why we still cling to magic.


Superstition is the belief that totally illogical, random actions cause bad things to happen. As well, acts of equal randomness can be antidotes. Such an idea flies in the face of numerous Biblical and post-Biblical texts. The magician Bilaam, who was invited to curse the Israelites, ended up blessing them and declared that “Jacob is not subject to magic and Israel is not influenced by sorcery” (Numbers 23). My father always used to tell us children that if we were frightened of anything we only had to say the “Shema”. That would be our hotline to God, and that was the only protection we would need.

So today when we wish each other Mazal Tov, what can that mean? The rabbis argued about whether Mazal applied to God-fearing Jews (Shabbat 156a and b). Overwhelmingly, they decided it did not. Good deeds and charity were the only response. But there were no guarantees. Death and sickness were and are inevitable. So is the human capacity for inflicting evil. “The world functions according to its own rules” says the Talmud. When we wish someone Mazal Tov we express the hope that their lives will be as free of pain and suffering as possible, not that random actions can save us. But then, as they say, there are no atheists in a war zone, so I guess there is no logic when one is desperate. I just wish all that wasted money would go instead to people or institutions that really deserve it! 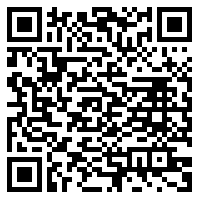