Any meal offering that you offer to Hashem shall not be prepared leavened (chametz) for you shall not cause to go up in smoke from any leavening or fruit-honey as a fire offering to Hashem.

There are a number of categories of things forbidden to be sacrificed on the Altar, but these are almost exclusively things that are inherently forbidden or that have an inherent deficiency. Neither leaven nor honey are forbidden or detestable in any way. Indeed, they enhance our diets in wonderful ways. Why, then, is it prohibited to bring them as an offering?

The answer rests not in what is inherent in leaven or honey but in what they may represent in us. The Kli Yakar explains that honey represents all that is sweet to man. In other words, it symbolizes man’s pursuit of pleasure. Leaven (chametz) represents our self-indulgence and drive for personal gain. Lest we think this is taking too much poetic license, the Sefer HaChinuch emphasizes that chametz is the symbol of arrogance. Just as bread rises, man “puffs up,” so very full of his own sense of self-worth, “because leavening lifts itself up to hint at the fact that haughtiness of the heart is an abomination to Hashem.” Honey, is rejected because it represents those who constantly seek sweetness, “according to the ways of the pleasure seekers/gluttons who are drawn after everything sweet.”

These dual drives – the pursuit of pleasure and of personal gain – are at the heart of man’s sinfulness. As we know, the insistent pursuit of pleasure rarely stops at that which is permitted, and the obsessive drive for personal gain knows no limits. Sweetness and leavening: in their measure, pleasing. But in the experience of man, “in their measure” has no real meaning. As a result, they cannot bring Hashem pleasure on His Altar.

Any decent cook knows that a great recipe is the perfect alchemy of art and science. Science, because the combining of ingredients is chemistry. As such, even a little too much or too little of an ingredient can doom the resulting dish. Art, because there must be just enough of the inspired to make a meal magic.

The importance of each ingredient in its measure cannot be overstated. It is the difference between a brilliant meal and a disaster.

So too with leaven and honey. Pride enables us to achieve our daily tasks and accomplish them successfully. A house painter, no less than a brain surgeon, must take appropriate pride in his or her job in order to do it well. And we must all gain some enjoyment, sweetness, from our days, lest the burden of time wear us down.

Certainly, that was God’s intent when we were no longer to be inhabitants of Eden. Life was in so many ways to be hard. Our burdens are lightened by some leaven and some sweetness, some pride and some joy. The challenge is that these things exist “to taste.” Too much, and we are ruined. Too little, and life is nearly unbearable.

There are times when we include leaven and honey in our Godly offerings. For example, on Shavuot, when we commemorate the Giving of Torah, we can bring leaven, because whatever inclinations and obsessive self-indulgent urges we have are more than offset by Torah, by learning Torah, by identifying with Torah. So too, when we bring our bikkurim to Jerusalem on Shavuot, our pursuits of pleasures are subdued and contained. They cannot help but be. We are. after all, in the most sacred and peaceful environment of Yerushalaim and her Temple, when our thoughts and priorities cannot help but be focused somewhere other than our own selfish pleasures.

I remember a time when I was at the Kotel when a proudly secular, materialistic and self-centered man was having a difficult time ending his bond with those mighty stones. I had seen him approach the Kotel and I thought he would remain a minute or two at most; that, for him, the visit was just one more tourist stop. And yet, he remained, minute after long and deeply-felt minute.

When he was finally able to turn away from the Wall, I asked him what had happened, why he felt such a strong attraction.

“As I approached those sacred stones, I suddenly forgot about me. I only thought of Him.”

On Shavuot and bikkurim, and honey can be offered; when we “think of Him” and not of ourselves.

Every morning prior to reciting Pesukei D’Zimra and beginning our formal tefillat Shacharit, we recite Korbanot recalling the daily sacrifices offered in the Temple. As part of that recitation we recall and recount the special daily offering of the Ketoret, the unique incense mixture. We quote the passages that teach about how the incense mixture was prepared, including the names and amounts of each of the ingredients. The last passage informs us that, “Bar Kappara taught further, Had one put a kortov [a minimal amount, a touch] of fruit-honey into it, no person could have resisted its scent. Why did they not mix fruit-honey into it? Because the Torah says: ‘For any leaven or any fruit-honey, you are not to burn from them a fire offering to Hashem.’ ” Just a tiny bit, a touch, of honey would have made the scent of the ketoret irresistible; overwhelming. So why not add it? Because the Torah says not to! So why ask? The Torah says, No!

What more is there to ask?

The questions assume that the honey will enhance the ketoret but like the exacting proportions of a fine recipe, what seems to enhance actually destroys.

In life, we have all sorts of rationalizations for our behaviors – they will make our life, our experience, our homes better, more inviting, larger… but they do not. The “sweetness” is a lure that diminishes our life.

As a secular culture, we are no different. Think of the amount of sugar we consume each day, each month, each year. Sure, a “touch” of sugar sweetens but we find that, at the end of the day, the sugar is destroying our health and well-being.

A spoonful of sugar makes the medicine go down… Just a kortov of honey will make the scent irresistible. So compelling, alluring, sensible. But God says, No. And God saying “no” is not a matter for negotiation or discussion. It does not matter if you are an early 20th century German reformer or a 2017 open reformer seeking to “sweeten” the Jewish diet. Kosher-like. Kosher-ish.

The illusion of legitimacy. They claim that it’s fundamentally Jewish. It has the feel of the traditional – without the demands or responsibilities of tradition! But after all, what’s the harm? Only a sliver of sweetness, a kortov, 1/256 of a kab, barely 1/20 of a fluid ounce! What’s the harm? How could such a miniscule amount alter the recipe?

A Jew must know that the sweetness of the incense emanates only from God. We perform the will and service of God because we “live according to the truth because it is true.”

Adding a kortov to the incense cannot make it sweeter than doing the will of Hashem! The lie that it will is the reason that the Reform and Conservative Movements are losing members even as the Orthodoxy continues to grow by leaps and bounds. It matters that God says, No.

God spoke. That is sweetness enough.

As much as Torah learning, religious observance and adherence to mitzvah observance have grown in recent decades, I sense that the most difficult words to fully integrate into our lives are, Vayedaber Hashem – and God spoke.

How much easier, more pleasant, sweeter it is to hear the teaching of this rebbe or that rebbe, this rav or that rosh yeshiva, this professor or that writer! How lovely to hear this or that new insight. But we must never forget that, bottom line, the reason is because “Vayedaber Hashem.”

To our “modern ears” that isn’t often poetic enough. Not pithy enough to make it to the blogs. Not clever enough for a Facebook posting.

Rav Moshe Weinberger tells the story of Reb Zusha of Anapoli, who was unable to listen to a complete lesson given by his rebbi, the Maggid of Mazritch. The Maggid began each lesson by quoting the pasuk “Hashem spoke to Moshe saying…” which caused Reb Zusha to jump to his feet, “Did you hear that? Hashem Himself spoke to a human being! Gevald!”

He would carry on until he had to be removed so the lesson could continue.

Years later, Rav Baruch of Mezhibuzh spoke of this to his students and they began to snicker at Reb Zusha. Rav Baruch admonished them, “If you knew what it meant to hear the word of Hashem like Reb Zusha did, you would also not need to hear anything else! That would be sweet and pleasant enough for you!”

The snickers and laughter persist even as those defending Vayedaber Hashem stand up and reject the modern reformers who pretend that the kortov does not change the recipe, who argue and pretend that their purpose is not to alter orthodoxy only to sweeten it.

Not long ago, I read one such reformer who said that he was “spiritual but not religious.”

To him and those like him, Rav Baruch responds, “If you knew what it meant to hear the word of Hashem like Reb Zusha did, you would also not need to hear anything else! That would be sweet and pleasant enough for you!” 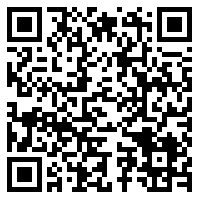