Erik Camayd-Freixas, a federally certified translator who participated in the legal proceedings in Iowa, testified that the detainees – many of them illiterate, poor and with just a spotty understanding of Spanish – had only a tenuous grasp of the charges pending against them. Guilty pleas were obtained under duress, Camayd-Freixas stated, from defendants who didn’t know what a Social Security number was, let alone that they had stolen one[1].

“I saw the Bill of Rights denied,” the translator asserted. “And it all appeared to be within the framework of the law.”

Agri’s Chief Executive, Shalom Rubashkin, was obviously troubled regarding the workers being rounded up and the welfare of his company, but his lack of concern regarding his personal wellbeing is illustrated by the fact that Nathan Lewin, who was not representing Agri at the time, called the plant as the Feds were descending. Rubashkin was curt and apologized, “I can’t really talk right now, we’re in the middle of a raid.”

“You had better watch out,” Lewin cautioned, “if you’re being raided by immigration services. An ICE raid is not something that is decided overnight; it requires significant planning and preparation. If Homeland Security had gone through all of this work, they are after something and you had better be prepared to address it.” Rubashkin was more concerned regarding the disrupted operations. “I have to handle my business,” he demurred.

Weeks after the immigration raid Shalom Rubashkin and other Agri officials were arrested on charges of harboring illegal aliens, violating safety regulations and other crimes. The standard procedure for one about to be arrested for a federal violation is to inform the subject’s lawyers. The attorney will then inform the prosecutor that his client will surrender voluntarily and plead not guilty to the formal charge. Whenever a prosecutor speaks with a defense attorney the suspect always submits himself.

But this was not the case with Shalom Rubashkin. The man was treated like no other defendant ever arrested on illegal immigration violations. The federal prosecutors sent out marshals to handcuff and shackle him in manacles as they led him past a phalanx of waiting photographers and TV crews on October 30, 2008.

A bearded chassidic man led off in irons would surely promote the prosecutor’s careers and earn them front page New York Times coverage. They also did not fail to leak their incendiary and false accusations that Agri possessed a meth lab and that workers traded arms for cash.

These were the same Federal Prosecutors that rejected Agri’s invitation to peacefully enter the plant and eliminate anyone suspected of being an illegal immigrant. They apparently reveled in all of the front-page attention, as, let’s be honest, a prosecutor can make his way into a major, lucrative law firm through involvement in a high-profile case. These federal prosecutors were making this the father-of-all high-profile cases.

The Feds were having such a bonanza with headlines and coverage, that the State officials (read: Dave Neil) were envious and also wanted in. Thus, the Iowa Department of Labor (IDOL), in a near-comic case of inflated imagination, leveled a 9311-count (!) indictment regarding the employment of between 25-30 minors at Agri. As Nathan Lewin described this, it was not a prosecution but a persecution[2]. By the time Rubashkin went to trial the charges were reduced to 83, and by the time it went to the jury it was lessened to 67. The jury found Shalom Rubashkin not guilty of a single charge!

But one cannot walk away from such a fantastically steep charge with a “not guilty” verdict and pick up where you left off. This might be called the Donovan Syndrome.

Raymond Donovan, President Reagan’s first secretary of labor, was a victim of a long campaign of rumors and innuendo, which finally culminated in a criminal prosecution. After running up legal bills in excess of a million dollars, he was acquitted of all charges. When he emerged from the courtroom, and reporters swarmed around him for his comment, Donovan posed a bitter question: “Where do I go to get my reputation back?”

[1] The “Morning Edition” of NPR aired on July 24, 2008 quoted Iowa immigration attorney Dan Vondra, “The immigrants had bought stolen Social Security numbers to help them find work. In fact, one of the translators at the court proceedings has said the mainly Guatemalan immigrants he encountered had no idea what a Social Security card was — let alone that the numbers on it belonged to real people.” 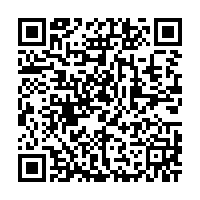