Supreme Court President Esther Hayut invited Judge Ronit Poznansky-Katz to a hearing before deciding whether to suspend her, Israel Radio reported Friday morning. The hearing will take place next Thursday, in accordance with Article 14 of the Basic Law on the Judiciary, several days before the judge is due to return from a forced vacation.

Last month, the Ombudsman for complaints against Judges, retired judge Eliezer Rivlin, submitted to Justice Minister Ayelet Shaked and Supreme Court President Esther Hayut his conclusions regarding the text messages between Judge Poznansky-Katz and Adi Shacham-Shavit, an investigator for the Israel Securities Authority. Rivlin found that the scandal was not grounds for a criminal proceeding against the erring Judge, and recommends disciplinary proceeding against her instead.


Interestingly, while not recommending a criminal prosecution, Rivlin’s report revealed even more incriminating details about the judge’s and the investigator’s correspondence in June, July, December, 2017, and February 2018.

“He addressed the judge several times directly, on matters regarding the proceedings before her,” Rivlin reported, detailing: “Thus, for example, he informs her of the date on which representatives of the authority will arrive, gives her information in advance about the positions of representatives of the Authority as they be presented to the court, and turns questions to her on other logistical questions.”

In his report Rivlin acknowledges the shame that Judge Poznansky-Katz brought on Israel’s judicial system, and agrees that it would have been better if her relationship with Shacham-Shavit had not existed, and that said relationship was the judge’s fault – but still did not see grounds for a criminal indictment. 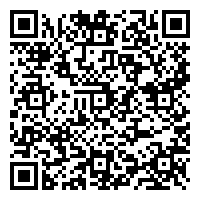