Omar Mateen did not choose the Pulse gay nightclub because it had few security guards or because it was an easy target. He could have targeted a supermarket or a school. No, Mateen chose Pulse because it is a nightclub, where he slaughtered 49 “infidels” and wounded 53 more.


Before murdering 2,977 people, the leader of the 9/11 terrorists, Mohammed Atta, along with four of the other hijackers, made several trips to Las Vegas during the summer before the attack, where they were entertained by dancers in nightclubs.

Fifteen years later, there was another country, another jihadist cell, another nightclub. Salah Abdeslam was dancing in a nightclub in Brussels with his brother, Brahim, and flirting with a blonde woman. A few months later, Brahim blew himself up in Paris at a concert in the Bataclan Theater. Nightclubs haunt the Islamist imagination with their mix of alcohol, sexual promiscuity, drugs and music. ISIS labelled Paris “the capital of prostitution and obscenity.”

The London nightclub Tiger Tiger, located between Piccadilly Circus and Leicester Square, was the target of a terror plot in 2007. Last February, the French intelligence service foiled a plot to attack swingers’ clubs in Paris. Places such as Les Chandelles, which boasts a “fascinating journey into the heart of sensuality,” or the Overside, which offers 250 square meters “dedicated to pleasure.”

The most spectacular and bloody of these attacks at nightclubs took place in Bali, Indonesia, in 2002: 190 victims, mostly Western tourists, Australian surfers and girls in bikinis.

In 2008, Islamists attacked the Marriott Hotel in Islamabad, Pakistan, which they used to call “the den of Western decadence.” Like the nightclubs, the hotels are ideological targets, places where men and women freely mix and guests can consume alcohol and enjoy music.

In July 2005, at least 88 people were killed by terrorists storming Sharm el Sheikh, the tiny Egyptian seaside village transformed by Hosni Mubarak into a global attraction for foreign tourism. In 2015, ISIS butchered British tourists on a beach in Sousse, Tunisia.

“We desire death more than you desire life,” these Islamist terrorists have been telling us for the last twenty years. It seems they want to achieve a catharsis by spilling blood in our comfortable promiscuity, in the dark of a nightclub.

The West, however, should be proud of what the Islamists call “decadence.” For the West, “decadence” is synonymous with freedom. The problem is that we postmodern Westerners have sacrificed the very values that ensure our survival and exchanged them for “decadence” — pleasure. That is why Pim Fortuyn, the openly gay sociology professor and politician murdered in 2002, scorned Islam as a “backward culture” (an animal rights activist killed Fortuyn “to protect Muslims“). Fortuyn fought on behalf of what Islamists would consider “decadence,” and he regarded permissiveness as the great glory of Western civilization.

The problem is that the West does not desire life. It seems tired of it. You can see that from the post-Orlando reactions which cannot even mention the word “Islam.” The West is ready to surrender its love of life to those who want to take it away from them. To quote the French atheist philosopher, Michel Onfray:

“Islam manifests what Nietzsche called ‘great health’: there are young soldiers ready to die for it. What are the values of our civilization? Supermarket and e-commerce, trivial consumerism and egotistical narcissism, vulgar hedonism or scooters for adults?”

Pleasure has become sad in the West.

In a fever of moralistic prudery, Italy recently veiled naked art at the Capitoline Museums in Rome during the visit of Iranian President Hassan Rouhani. But we obligate other Muslims who arrive in Europe to see far more explicit naked images.

From Norway to Denmark, the Scandinavian nations have adopted compulsory sex education for migrants. In the Netherlands, the minister of education decided to impose the teaching of LGBT courses in migrant centers. Germany has published guidelines, leaflets and cartoons to communicate to immigrants the new sexual norms to follow. Is that all we have to offer to these people?

“The morally illiterate leaflets European local authorities are distributing to migrants reflect the problems that official EU culture has in the realm of values,” wrote sociologist Frank Furedi. Europe already tried to integrate Muslims by offering them wantonness and libertinism. And it failed. Asked what drove them to convert to Islam, many Europeans talked of feeling their lives had been lost and lacking in purpose, citing “lack of morality and sexual permissiveness“.

The “clash of civilizations” has turned into a war between those who cry, “We will not give up our lifestyle” and those who sing, “We desire death more than you desire life.” It is a war between a decadent apathy with moral inertia and Islamist theological turmoil. The Caliphate is much stronger than our disarmed and self-righteous decadence.

ISIS’s black banner, crying “No God but Allah” — the banner of the people who kill cartoonists in Paris and gays in Orlando — is marching over the ruins of our addiction to pleasure.

Watch: Muslim Cleric Urges US Congress to Block Islamist Anti-Semitism in the Ranks 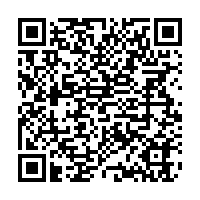