Tens of thousands of Jews filled Citi Field in Queens on Sunday and heard from haredi Orthodox leaders that the Internet should be avoided in the home at all costs and used sparingly at work, and then only with a filter blocking content that could be damaging spiritually.

Debate as you will what some may see as draconian edicts to protect the Jewish community from moral corruption. But at the heart of the matter is a question that should concern us all: How do we keep our children safe on the Internet?


We know we cannot work around the Internet. Research from the Pew Foundation indicates that 54 percent of children say they go to Google first when they have a question, as opposed to 26 percent who say they go to a parent and 3 percent to a teacher. Rather, we must figure out how parents and teachers can make this important tool work safely and effectively for our kids.

The difficulty is that even the simple solutions are incredibly complicated. Powerful filters can block illicit images and material, but those filters often block out the good with the bad and limit far too much useful information. This solution has been discussed and debated on our own campus concerning Internet access in dormitories.

Some yeshivot have considered avoiding technology altogether and sticking with books and blackboards. But that would leave students without the digital competence required to succeed academically in college and beyond, not to mention that it would rob teachers of increasingly exciting and effective educational tools.

The only real answer is that as parents and teachers, we must instill in our children a strong value system based on Jewish morals and traditions that allows our children to become their own filters when exploring the Internet. That would be far more powerful than any protective software.

The onus is clearly on us because it seems children will listen to our rules, at least when it comes to the Internet. Only three in 10 young people reported to a Kaiser Foundation survey that they are given clear rules about how much time they may spend using a computer, watching TV or playing video games. The average child with no rules spends more than three hours per day on such media. Those who are given rules spend considerably less time.

Yeshiva high school students said they would be receptive to rules. More than half of those surveyed by researcher Debbie Fox, director of the Aleinu Family Resource Center, a program of the Jewish Family Service of Los Angeles, said that they would welcome more guidance from parents regarding Internet use.

These same students, in fact, said they would be far stricter with their own future adolescent children regarding responsible Internet use than their parents, and would monitor their children much more closely.

The dangers of the Internet are not limited to challenging content. A 2010 Kaiser Family Foundation study showed that about half of students in grades seven through 12 said they do their homework with media open that do not pertain to their task at hand. In other words, about 50 percent of middle and high school students are doing homework with divided attention. And while some kids may believe they are being more efficient, multitasking has been proven in adults to cause higher levels of stress and lower levels of efficiency.

While some kids can multitask well, it’s up to parents to actively determine if their children work more efficiently while doing so or while focusing on their work without interruption. Parents should collaborate with their children to test whether they are more efficient when not being interrupted or distracted, and then meter their background activity accordingly.

The greatest challenge of all, however, may be making sure that our kids completely separate from the Internet at times. According to the Pew Foundation, 75 percent of American teens prefer texting to in-person contact with friends. Perhaps it’s no coincidence that this generation’s empathy levels among adolescents are significantly lower than those of previous generations.

It may seem that adolescents in every generation feel isolated and tuned out at some point or another. But it turns out that their computer habits may be compounding the problem. Parents need to teach children that some of their relationships must include direct face-to-face interaction without the distraction of text messages and cell phone calls. 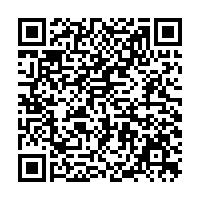