Israel has barely been mentioned in the current presidential campaign. This is disappointing to the many millions of Christian and Jewish Americans for whom America’s relationship with Israel is a significant foreign policy concern.

Here are ten questions that I think the candidates need to address.


Are you prepared, right now, to urge President Obama to refrain from any December Surprise?

In what country do you believe Peres is buried?

What action would you take, as president, to pressure he PA to stop honoring terrorists?

Do you agree with the PA that those parts of Jerusalem are “occupied Arab territory” and that the Jewish residents are “Israeli settlers”?

Do you think the United States likewise should suspend its $500-million annual gift to the PA until the PA stops subsidizing terrorists and their families?

Do you, Secretary Clinton, stand by that characterization? Do you, Mr. Trump, agree with it? And if elected, what would each of you do about it?

Do you agree that the PA should fulfill its Oslo obligation to surrender the terrorists? And if so, what would you do about it as president?

10, The Popular Front for the Liberation of Palestine (PFLP) and the Palestine Liberation Front (PLF) are on the U.S. State Department’s list of Foreign Terrorist Organizations. Both the PFLP and the PLF are still member-organizations of the PLO, which is chaired by Palestinian Authority president Mahmoud Abbas.

What steps would you take to pressure Abbas to expel the PFLP and PLF from the PLO? 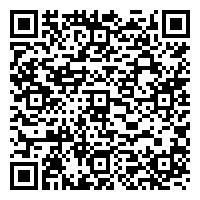