There are some people you feel will go on forever. In truth, you’re just not ready to say goodbye to them. Arthur Federman was such a person for me. I loved him for more than 40 years. And for many of those years, I looked upon him as a second father.

I first met him met in Israel. We were looking for a good accountant and a friend in Moshav Chemed, where we were living, recommended Arthur Federman. So one fine motzaei Shabbos we drove to Ramat Hasharon and thus began the friendship of a lifetime.


A brilliant accountant, he was not only extremely well versed in American tax law, he was also working for Mas Hachnasa (the Israeli equivalent of the IRS). What could be better than that for us?

Arthur and his beloved wife, Anita, were the classic couple. In fact, they were truly a match made in heaven. They met during World War II, when Arthur, a soldier in the United States army, was stationed for a time in Liverpool, Anita’s hometown in England.

At first we would come to discuss taxes, and when we were ready to leave there was Anita with a spread of her amazing home-baked goods for us to enjoy. It didn’t take long before we were coming just for social visits with this exceptional couple.

The Federmans moved to Ra’anana and then to Rechovot. No matter, we followed them wherever they went. In fact, we also moved from the Moshav – to Jerusalem. But no place was too far for us to go pay them a visit.

Arthur would travel to New York for three months during tax season. We had an idea. We maintained a house in Manhattan Beach, Brooklyn, and we fixed it up so that Arthur and Anita could have a separate little apartment in our home for their time in New York.

Years later, when both our families were again living in America, we would enjoy spending Shabbos together. And I also knew it was time to introduce the Federmans to my parents. It took just one conversation with Arthur for my father to hire him as comptroller of The Jewish Press, a position Arthur held until his retirement a few years ago.

From that point on Arthur was not only my dear friend but one of my father’s most trusted and valued friends as well.

The job at The Jewish Press took up most of Arthur’s time, and he and Anita were by then living in Cedarhurst. Arthur was close at hand at the paper, but I didn’t get to see Anita very often, so I would make it a point to drive out to Long Island whenever I could.

Both of them regaled me with stories of their war years. Anita drove an ambulance and sometimes a hearse for her father, an undertaker. And of course as a regular bubby she would always have stories about her grandchildren. Arthur and Anita were exceedingly proud of all of them. In fact, the license plate on Anita’s car read “Bubby’s seven.”

Anita would telephone me whenever she had a comment to make about something she read in The Jewish Press that either impressed or bothered her. As for Arthur, I consulted with him about so many things. Especially after my father died, I would ask him about many business and life issues. His guidance was invaluable. I always knew that in Arthur I had a welcoming ear and that whatever he advised was well thought out.

It is the end of an era with Arthur’s passing. My father died almost 17 years ago and my uncles Albie and Harry are also no longer with us – the old guard of The Jewish Press.

Go to your eternal reward, my dear friend. Arthur, I picture you sitting at my father’s table in heaven learning Torah with him. 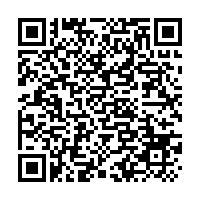