Rachel’s matchmaker had given her the green light. Jacob was going to contact her that night (he was finally available!) and they would arrange a date. As Rachel awaited his call, she thought about what he would look like and wondered where they would go.

Her phone buzzed with an incoming text, interrupting her reverie. To her shock, it was Jacob, texting to schedule their date. “What chutzpah,” she thought (and later told her friends). “He doesn’t even have the courtesy to call and talk to me.”


If you ask someone who was in the dating scene only ten years ago what role texting and e-mailing played in his or her relationship, my guess is that he or she would say it was a moot point. No one I knew had texting (was it even around?), and while its absence may seem inconvenient now, it certainly made dating etiquette less complicated.

The world is a different place today and texting and e-mailing play far larger roles in our relationships. The benefits are obvious; the difficulties less blatant, more complex. Navigating the intricacies of chatting, texting, and e-mailing within the already-complicated world of dating can sometimes require Herculean efforts. When to chat? When to call? Is it rude to chat to confirm a pickup time? Will he think I’m too forward if I text him? The questions go on and on.

With so many uncertainties surrounding texting and e-mailing, why do singles rely on them so heavily? Wouldn’t it simply be easier to rule them out of the dating process?

Not always. Singles often use texting and e-mailing to progress a relationship. Sandy Weiner, dating coach and owner of Last First Date, explains that “you can stay in touch and let someone know you’re thinking of them by texting throughout the day without being intrusive.”

Michael Feldstein, a member of the Advisory Committee for YU Connects, agrees that these modes of communication at times do make things easier for singles – but not always better. “I think many singles are using e-mail and texting as a way to protect themselves from getting too close in a relationship or dealing with issues that they prefer to avoid in a face-to-face environment.”

“I’ve heard stories about guys who have broken up with girls after being in a relationship through a text or an e-mail – there is no excuse for doing something like that,” says Feldstein.

As much as a text can help someone express a hard-to-say compliment, its potential to do significant damage to a relationship or allow for such rude behavior makes it a double-edged sword.

Moreover, there have been plenty of cases of mistaken identity associated with texting. “People sometimes text the wrong person, which can lead to pushing away a potential match,” relates Weiner. “For example, you’re set up with two women, and you’re going on first dates with both of them. You’re in communication with both, and by mistake you text Susan and call her Karen. Not a good move!”

At the root of many of these tech-related issues is a lack of protocol informing proper behavior. Many men and women in relationships are flat-out confused by the lack of protocol with texting and the like in dating. There are no set rules and what’s deemed appropriate by one person may be viewed as inappropriate by another.

Facebook can also be detrimental to relationships. If people in a relationship post pictures of themselves with members of the opposite sex (who are not their significant others) it can cause jealousy or confusion. Some people go so far as to change their relationship status from “in a relationship” to “single” without informing the person they had been dating.

But more than simply making a dating faux pas, texting, e-mailing and Facebook use can hinder relationships. Gestures, body language, tone of voice, or facial expressions that convey emotions and attitude can never be translated into typed words. As a dating coach, Weiner understands just how vital that face-to-face communication is. 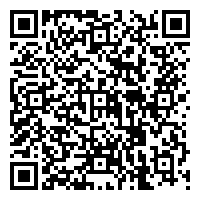