It’s very early in the season, of course, but I’m already looking at the end of the season. The rivalry between fans of the Boston Red Sox and New York Yankees will heat up as the season progresses. And it could become sizzling hot by the time the BoSox come to Yankee Stadium for a three-game series on Tuesday, September 18, Wednesday, the 19th, and Thursday, the 20th.

Tuesday is an afternoon game while the next two are under the lights. Eight days later, the two titanic teams face off again for a weekend season-ending series in Boston’s iconic Fenway Park. The game on Friday, September 28, takes place at night while Saturday’s game time is not scheduled yet (the league is waiting to see how important it will be in regards to the standings and its effect on the playoffs). The game on Sunday, September 30, is the last of the regular season, scheduled for 3:05.


So, how does that work out in relation to the Yamim Tovim? Rosh Hashanah falls on Monday and Tuesday, September 10 and 11, while Yom Kippur is on Wednesday the 19th, which of course means the first two games of the Red Sox visit Yankee Stadium are out, leaving only the night game on the 20th to attend. The last game of the 2018 season falls on Hoshanna Rabba. The 3:05 start makes it difficult to stay for the entire game if one wants to get home in time for Shemini Atzeres.

Let’s dial back to now. The Red Sox and Yankees are interesting teams with good hitters and star power. Unfortunately, Boston and New York are in the same league with baseball’s best all-around team – the Houston Astros. It would be tough for any team in the American League to get past the Astros to represent the league in the World Series.

Another interesting team in the American League this season is the Los Angeles Angels. They signed Japanese super duper superstar Shohei Ohtani, known as the Babe Ruth of Japan for his hitting and pitching prowess. A large number of the Japanese media are following him as he tries to prove he can be a star in the States, too.

Besides Ohtani, the Angels have baseball’s all-around best player in outfielder Mike Trout, and first baseman Albert Pujols is commanding a lot of attention this year as he closes in on 3,000 hits and inches toward 650 career home runs. The Angels also have veteran outfielder Justin Upton and infielder Ian Kinsler, obtained from the Detroit Tigers in a salary dump for prospects. Upton, 31 this August, hit 35 home runs last season while Kinsler homered 22 times.

The Angles, however, are in the American League West where Houston reigns. The Angels hope to get to the post season via the Wild Card and pull an upset to get to the World Series.

Here are my American League predictions. Houston wins the American League West while Cleveland tops the Central division and the Yankees edge Boston in the East. Here’s why I’m picking the Yanks. Boston’s payroll is well over $200 million while the Yankees are spending well under $200 million and can afford at least two more high-priced stars as the season wears on if needed.

In the National League, the Dodgers will have to contend with a tough Arizona Diamondbacks team but will, I predict, top the West. The Cubs will win the Central division while Washington will capture the East. The Philadelphia Phillies have an up-and-coming team and will be the darlings of the baseball world but they won’t be able to top the Nationals.

Anything can happen in the post season, and your predictions are as good as mine, but I’ll go with Houston again in the World Series. When Sukkos and the season are history, Houston Astros fans will be celebrating once again. 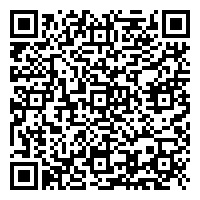