In the wake of our tremendous pain over the murder of the three innocent teens, a desire has arisen within the Nation to understand why this has happened. The Admor of Satmar, who dwells in the Exile, claims that it is a punishment for the teens learning in the “Settlements” and blames the parents for sending them to learn there.

We fear that assigning such blame may violate the prohibition of “Ona’at Devarim” (distressing others). As the Gemara in Baba Metzia (58b) says, one may not speak to one who is suffering affliction or illness, or whose children have died, the way Iyov’s friends spoke to him: “Surely your fear was your foolishness, your hope and the sincerity of your ways” (Iyov 4:6). And we can add that the Rishonim on this Gemara write that the problem is not only causing distress to another person but also arrogance in thinking that we can know the ways of Hashem.


This recalls the reciprocal placing of blame that occurred following the horrors of the Holocaust: Some said that it happened on account of Zionism, others said it was because there was not Zionism. Still others blamed it on the Enlightenment. Each group’s explanation came from its own biased outlook, with no regard for the idea: “For My thoughts are not your thoughts and My ways are not your ways” (Yeshayahu 55:8).

As is known, the uncle of the Admor of Satmar, Ha-Rav Yoel Teitelbaum, wrote a book “Va-Yoel Moshe” which is based on the idea that the murder of the holy one during the Holocaust was because of Zionism and the Return to Tzion.

But the great Rabbis of Israel have already answered that if the main transgression was Jews making Aliyah to Eretz Yisrael in an organized fashion, then the first Jews to make Aliyah should have been murdered. Yet those who came to Eretz Yisrael and “violated” the Three Oaths (according to the Satmar Rebbe’s opinion) were saved, and those who did not make Aliyah were the ones who were murdered! (See the book “Alo Naale” – Response to Va-Yoel Moshe #43).

The number of Jews murdered in Auschwitz alone was, in fact, higher than that of all of the Jews murdered in all of the wars and terror attacks since the beginning of the Return to Tzion. Today – with the kindnesses of Hashem upon us – there are almost half a million Jews who live in Yesha. Therefore the Admor of Satmar’s claim is not valid.

Regarding the question itself, whether learning in Yesha is permissible: this was already asked of Ha-Rav Yitzchak Zilberstein, Rabbi of “Ramat Elchanan” (neighborhood in Bnei Brak).

A student was learning in a Yeshiva in Yesha and his parents were opposed on account of the danger. Ha-Rav Zilberstein proves that “a frequent damage” (Pesachim 8b. See Mesilat Yesharim, end of Chapter 9) is five percent. Baruch Hashem, 5% of the residents in Yesha are not murdered! And Ha-Rav Yitzchak Isaac Herzog in Shut Heichal Yitzchak proved based on Shut Rabbi Akiva Eiger (#60) that a frequent danger is not five percent, but one in a thousand (Shut Ha-Rav Herzog Vol. 1, p. 269).

Baruch Hashem, one in a thousand Jews is not murdered in “Yeshe”.

The basic halachah is therefore that there is nothing to fear. Obviously, nothing is 100% certain, but nowhere in this world is 100% safe, not Yerushalayim and not Tel Aviv, and it is all based on the definition of “a frequent damage”.

We agree with the Admor of Satmar that there are many Arab murderers in Eretz Yisrael, but we must see things in proportion. We have already been living in Yesha for 40 years and the number of murders that occur there is extremely low. The same is true in all of Eretz Yisrael. We must remember that according to a report of the WHO, World Health Organization, 8 out of 100,000 Israeli citizens are murdered each year. That’s compared with 15 out of 100,000 citizens in France, and 25 out of 100,000 Americans. Therefore, it is more dangerous for the Admor of Satmar, may he live a long and good life, Amen!, to live in America than to live in the “Settlements”! We must thank Hashem, and his loyal agents – Tzahal, the police, the Mossad, the Shabak and the rest of the security establishment – day and night for the peace and quiet we merit in our Land.

This obviously in no way detracts from the incredible merits of the Admor of Satmar in strengthening Torah and fear of Hashem in America, and we pray regarding them: “May our eyes behold Your return to Tzion in compassion”. 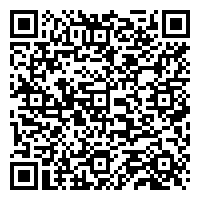