The small summer camp in Sderot, filled with young children, escaped injury and death by the grace of a bomb shelter door.

The Color Red incoming rocket alert siren had been wailing off and on all night – in fact, all week long. The way to the shelter was a familiar one and this morning the drills and routines paid off.


A Qassam rocket fired by Gaza terrorists at around 8:30 a.m. slammed into the private home that doubles as a children’s summer camp. The rocket blasted part of the home into rubble, but left the shelter intact.

Just seconds before impact, the air raid siren had sent the young campers racing for the bomb shelter.

Not a moment too soon.

All the children made it to the shelter in time and were safely inside when the rocket slammed into the house.

“I heard the first ‘boom!’ Tami, the owner of the camp, told an Israeli radio interviewer. “It sounded close, but we are used to that. “The second one sounded much, much closer though.”

That second explosion was a Qassam hitting another private home and car nearby.

It’s not clear why the Iron Dome anti-missile system failed to intercept the two rockets.

The targeted children were treated for shock after their ordeal, although miraculously they were physically uninjured. Their future psychological condition remains to be seen. Their equally shocked parents have taken them home for the rest of the day – where they will likely be forced to make additional runs to their own private bomb shelters.

By 11:00 a.m., Gaza terrorists had fired 11 rockets and missiles at southern Israel, many causing serious damage to property in civilian communities and traumatizing the residents.

Late Wednesday night, a Qassam rocket barrage slammed directly into power lines, leaving the city of Sderot without electricity for at least 15 minutes. The rockets caused heavy damage to several structures and smashed into parked vehicles, shattering windows and more.

In a separate attack, a family was saved by its private bomb shelter after their home sustained a direct strike by another Qassam rocket the same night. The family, also accustomed to the nightly race for the shelter, managed to make it into the safe room in time — a victory that saved all of their lives. Two other rockets that landed in that same barrage exploded in open areas.

At least five rockets exploded in the area between midnight at 3:00 a.m., forcing residents of the western Negev and Gaza Belt communities to spend most — if not all — of the night again in their small private bomb shelters. 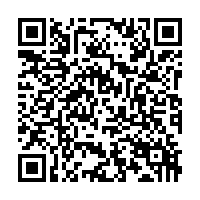