Building U.S.-Canada relations is more urgent than ever, both economically and in foreign affairs. If America intends to keep its advantage as a superpower, it will greatly help to ally with its neighbor, Canada. While Canada has depended upon the U.S. historically as the stronger military might, it has, under a Conservative Government, demonstrated global leadership in economic policy and foreign affairs. Given the rise of economic superpowers such as China and India, and the challenges from our enemies, such as Islamists, a strong foreign policy and a functional economy are key.

Under its current policies, the U.S. faces the threat of becoming a lesser nation, starving its golden goose, pro-growth investment policies; governed by unsustainable socialist domestic ideologies like Europe (and California domestically); inviting aggression by hollowing out its defense with often irreversible deep cuts to military spending.

In the meantime, China, a potential adversary, surges ahead with its plans to control space, the presumed next theater of war; while the U.S. radiates a shaky, undefined foreign affairs mandate which sends the message to global adversaries that America is without a captain; and to Israel, not to count on America’s tradition of support.

Canada, by contrast, has demonstrated economic leadership and an unwavering support for Israel, the only democracy in the Middle East, which several countries in the Middle East outspokenly seek to destroy — as specified under the Charters of both the Palestinian Authority and Hamas, and as the Palestinian government-controlled media continues daily calls for its obliteration.

For most Americans, the economy takes precedence in the upcoming elections. Romney came out swinging in the first of three debates for the Presidency, which Gallup polls called the biggest debate victory in recorded history. According to Romney, America is faced with tax hikes — for both modest businesses as well as the wealthy — that would not only slow job creation, but cause partial lay-offs as employers cut back working hours to sidestep new tax requirements.

Then, however, came the realities of what Romney pointed out: that over the last four years, gas prices have doubled, food prices and health insurance costs have increased while median family income has continued to decline. Even though Obama continuously repeated that the economy he inherited was one of the worst since the Great Depression, Obama’s “recovery” according to Forbes, has ended up worse than the Bush recession that Obama’s election was supposed to reverse. It would have been hard to imagine the economy worsening even further, but in the face of the failed promises of “hope and change,” it did.

Americans, especially youth, cannot afford to gamble on the current brand of fiscal policy seen in the States: nearly 50% of college graduates over the last five years are either unemployed or underemployed, according to a study by Rutgers University.

As if to make a bad situation worse, President Obama then said of the “Occupy Movement,” “we are on their side.” Foremost among this disparate movement was early advocate David Graeber, an anarchist, anthropologist and proponent of communism. Occupy Wall Street spilled over into Canada, lugging along with it the same lack of order with no central message, except calls to nationalize the banks, “Free Palestine,” and hate the rich while wanting their money, an economic plan referred to in television clips by the U.S. President as a desirable “transfer of wealth.”

Souvenirs of “Occupy” stopovers consisted of waste and filth in respectable communities and in their camps, and even physical attacks. New York police alone had to spend over $5 million in overtime for work related to the “Occupy” protesters  That was the movement whose side the President of the United States had declared he was on.

In looking at the contrast between the U.S. and Canada during the economic downturn, the conservative fiscal leadership of Canada, reflected on how it had fared. Canada had experienced an expanding economy and when the G20 gathered in Toronto, the nation excelled on the world stage. The Huffington Post advised Americans : “Need A Job? Try Canada, Where Hiring Is Booming And Home Prices Are Rising.” Forbes also put Canada at the top of its list of places to do business, while another report highlighted that even Moody’s believes in Canada’s housing market and economy. 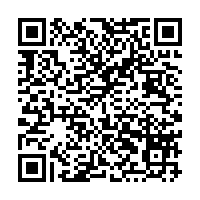