Analysts agree that “the erosion of the Syrian regime’s capabilities is accelerating,” that step-by-step it continues to retreat, making a rebel breakthrough and an Islamist victory increasingly likely. In response, I am changing my policy recommendation from neutrality to something that causes me, as a humanitarian and decades-long foe of the Assad dynasty, to pause before writing:

Western governments should support the malign dictatorship of Bashar al-Assad.


Here is my logic for this reluctant suggestion: Evil forces pose less danger to us when they make war on each other. This (1) keeps them focused locally and it (2) prevents either one from emerging victorious (and thereby posing a yet-greater danger). Western powers should guide enemies to stalemate by helping whichever side is losing, so as to prolong their conflict.

This policy has precedent. Through most of World War II, Nazi Germany was on the offensive against Soviet Russia and keeping German troops tied down on the Eastern Front was critical to an Allied victory. Franklin D. Roosevelt therefore helped Joseph Stalin by provisioning his forces and coordinating the war effort with him. In retrospect, this morally repugnant but strategically necessary policy succeeded. And Stalin was a far worse monster than Assad.

The Iraq-Iran war of 1980-88 created a similar situation. After mid-1982, when Ayatollah Khomeini’s forces went on the offense against those of Saddam Hussein, Western governments began supporting Iraq. Yes, the Iraqi regime had started the hostilities and was more brutal, but the Iranian one was ideologically more dangerous and on the offensive. Best was that the hostilities hobble both sides and prevent either one from merging victorious. In the apocryphal words of Henry Kissinger, “It’s a pity they both can’t lose.”

Applying this same logic to Syria today finds notable parallels. Assad fills the role of Saddam Hussein – the brutal Baathist dictator who began the violence. The rebel forces resemble Iran – the initial victim getting stronger over time and posing an increasing Islamist danger. Continued fighting endangers the neighborhood. Both sides engage in war crimes and pose a danger to Western interests. In this spirit, I argued then for U.S. help to the losing party, whichever that might be, as in this May 1987 analysis:

In 1980, when Iraq threatened Iran, our interests lay at least partly with Iran. But Iraq has been on the defensive since the summer of 1982, and Washington now belongs firmly on its side. … Looking to the future, should Iraq once again take the offensive, an unlikely but not impossible change, the United States should switch again and consider giving assistance to Iran.

Yes, Assad’s survival benefits Tehran, the region’s most dangerous regime. But a rebel victory, recall, would hugely boost the increasingly rogue Turkish government while empowering jihadis and replacing the Assad government with triumphant, inflamed Islamists. Continued fighting does less damage to Western interests than their taking power. There are worse prospects than Sunni and Shi’ite Islamists mixing it up, than Hamas jihadis killing Hizballah jihadis, and vice-versa. Better that neither side wins.

The Obama administration is attempting an overly ambitiously and subtle policy of simultaneously helping the good rebels with clandestine lethal arms and $114 million in aid even as it prepares for possible drone strikes on the bad rebels. Nice idea, but manipulating the rebel forces via remote control has little chance of success. Inevitably, aid will end up with the Islamists and air strikes will kill allies. Better to accept one’s limitations and aspire to the feasible: propping up the side in retreat.

At the same time, Westerners must be true to their morals and help bring an end to the warfare against civilians, the millions of innocents gratuitously suffering the horrors of civil war. Western governments should find mechanisms to compel the hostile parties to abide by the rules of war, specifically those that isolate combatants from non-combatants. This could entail pressuring the rebels’ suppliers (Turkey, Saudi Arabia, Qatar) and the Syrian government’s supporters (Russia, China) to condition aid on their abiding by the rules of war; it could even involve Western use of force against violators on either side. That would fulfill the responsibility to protect.

On the happy day when Assad & Tehran fight the rebels & Ankara to mutual exhaustion, Western support then can go to non-Baathist and non-Islamist elements in Syria, helping them offer a moderate alternative to today’s wretched choices and lead to a better future. 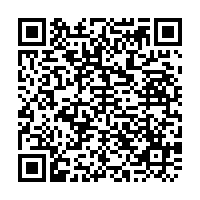