But is Rabbi Farber really prepared to issue a certificate of divorce to a woman that states, “This woman may remarry according to Open Orthodox, Conservative, Reform, and Reconstructionist standards; however, her children will be mamzeirim according to Modern Orthodox and haredi standards”?

This will, in effect, create two Nations of Israel. (Now that a new bet din has been established to tackle the agunah problem, I hope it won’t make the mistake of following rulings that have been discredited by the Orthodox rabbinical community.)

The current Chief Rabbinate paradigm is not perfect. There are flaws in every system. God is perfect and His Torah is perfect, but the rest of us have to work on it.

That being said, loosening standards of conversion, marriage, and divorce would run the risk of throwing out the baby with the bathwater. 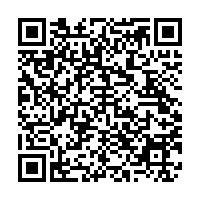