On October 22, 1984, two Hebrew University students went hiking. Revital Seri, 22, and her friend Ron Levi, 23, were hiking in a wadi near the Cremisan Monastery south of Jerusalem.

A 19 year old Palestinian Arab who had stolen a weapon from a soldier was waiting for Jews to kill. When he saw Revital and Ron, he tied up both of them, put bags over their heads, pronounced their “sentence,” and shot them, killing each with one bullet to the head.

A monument was erected in 1988 in memory of the two murdered students. It is on the grounds of Hebrew University, between the archeology building and the Buber Ross building.

That Arab, Issa abd Rabbo, was arrested, tried and convicted of the two murders. He was given two life sentences, and sent to live out the rest of his life in an Israeli prison.

This past spring, while Rabbo was still in prison, an emissary of the acting leader of the Palestinian Authority, Mahmoud Abbas, paid a visit to Rabbo’s mother.

According to the Palestinian news agency Wafa, Abbas expressed “appreciation and admiration” for her “steadfastness and sacrifice,” waiting for her son.  She was also told that her son and all Palestinians in prison are heroes and they are “the best of the Palestinian people.”

On Oct. 30, 2013, Rabbo and 26 other convicted murderers who had been sentenced to serve out their lives in prison because of brutally ending the lives of Israelis, were set free. This was the second of four sets of convicts Israel agreed to release. It was a precondition for sitting down with Israelis, set by Abbas.

But Rabbo and the rest of the released convicted Palestinian Arab murderers received more than merely (!) their freedom. They also were showered with other substantial benefits.

For a people whose primary source of income is welfare from the United States, the European Union and other largely Western donor nations, it appears the surest way to hit the financial jackpot for Palestinian Arabs is the pot of gold awaiting you if you murder Israelis.  You may have to wait in prison for awhile, but eventually you will get out.

The PA/PLO gives a minimum of $50,000 to all of the murderers when they are released by Israel.  They are also guaranteed by law to receive a public sector job. Those imprisoned for more than 25 years are guaranteed a job that pays $4000 per month.  For those who served fewer than 25 years, the monthly salary is $2,800.

In addition to the cash award and the guaranteed salary, all released convicted murderers who choose to marry – and who wouldn’t want a spouse with such yichis? – have their weddings paid for by the PA.

Rabbo was a special case – he had been imprisoned the longest of any of the murderers who will be released for this round of “peace talks.” Rabbo, now 49 years old, granted freedom instead of  his two life sentences, was given $110,000. And his upcoming wedding will cost him nothing. In addition, PA leader Abbas “promoted” Rabbo to the position of Major General in the “Palestinian Army.” 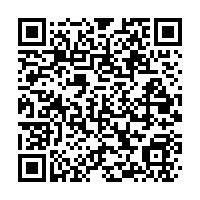