An Arab terrorist stabbed a young woman in Afula on Monday. The wounded teenager, who was stabbed nine times, managed to walk a few meters and collapsed near a cafe.

At 11:52 emergency services received a call that a woman was stabbed, and police and ambulances arrived at the scene.


Following the report of the attack, a taxi driver noticed a suspicious man and followed him around the city,including when he got in another taxi. The taxi driver informed the police of the man’s location at each point. When police reached the area they ordered the man to stop, but instead, he ran.

Police then shot the suspected terrorist in the leg and arrested him. The knife was found on him.

Initial investigation indicates that the attacker is a 30-years-old from Jenin.

The woman was taken to the HaEmek hospital in very serious but stable condition. Prayers can be said for Shuva Malka bat Michal. 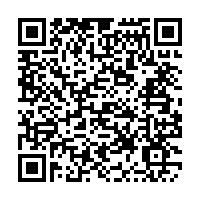