If you ask proponents of the boycott, divestment and sanctions (BDS) movement why they single out Israel, they will tell you that you have to start somewhere. But since its beginnings a decade ago, BDS has never been invoked against any other country.

Common sense and decency asks, how a self-described “human rights” movement can single-out the only democracy in the region. Progressive activists, mainly college professors and students, ignore the brutal treatment and often torture and murder of women, minorities and members of the GLBTQ community in countries such as Saudi Arabia, Iran and Pakistan.


If their goal was the betterment of Palestinian lives, wouldn’t they be outraged at the hundreds of children that died building tunnels for Hamas? Shouldn’t they demand Hamas stop storing and setting up weaponry near or in schools and hospitals? How about demanding that political leaders in the Palestinian Unity Government (starting with the Yasser Arafat Estate) return the billions of dollars they banked for themselves instead of building infrastructure and an economy for their people?

The answer is simple and sad. Like Israel Apartheid Week, BDS is simply another campus anti-Semitic hate fest complete with administrative tolerance if not sanctification– even in the highly charged campus atmosphere of racial and ethnic sensitivity.

For every rule, there is an exception. When it comes to outlawing hate on campus, Jews are visibly the exception.

BDS is illegal. No academic institution is going to enforce it. All this is well known to its militant proponents. BDS is not the goal. Demonizing Israel is. But demonizing Israel itself is not sufficient; it is now necessary to use Israel to demonize Jews.

Students for Justice in Palestine is the campus group most solidly behind BDS. It is the brainchild of University of California, Berkeley instructor Hatem Bazian, a man who, according to Camera on Campus, is no stranger to the promotion of anti-Semitism.

The BDS movement uses the lexicon of colonialism to describe Israel. In fact, it is quite common for leftist and pro-Palestinian professors to teach that Israel is the last bastion of British imperialism and is an artificial state.

By using a false historical narrative and promoting the idea that Israel is a colonial remnant, the BDS movement has been successful in selling its program to naïve and unsophisticated students who have not been taught how to think for themselves but how to react to campus shibboleths like colonialism.

It was only a matter of time before the tolerance and institutionalization of campus anti-Semitism would manifest itself in attacks not on Israel but on individual Jewish students. In a scene out of the 1930s, Rachel Beyda, a candidate for UCLA’s student judicial board, was questioned about her loyalties as a Jew.

At Stanford, Molly Horwitz, a Jewish student who also identifies as a Hispanic, ran into a similar problem. She says she was asked by the Students of Color Coalition about her Jewish identity.

To date, there is no record of students of any other ethnic or racial group being confronted about whether their racial or ethnic identity would influence their decision-making. Such interrogatories are reserved for Jews. It is no accident that both young women were asked strikingly similar questions.

Jewish history demonstrates that where anti-Semitism becomes legitimate, anti-Semitic violence follows. As Jews become the one campus group that administrators have deemed safe to target for hate, anti-Jewish campus violence is not a matter of if—but of when. 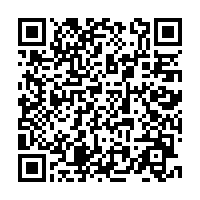