Seeming to parallel the world described by George Orwell in 1984 in which history and fact are manipulated to serve political ends, the United Nations Educational, Scientific and Cultural Organization (UNESCO) recently voted 24-6 to approve a resolution stripping the Temple Mount and Western Wall of its Jewish identity, and elevating a Muslim claim to those two sites central to Judaism.

The intellectually retrogressive measure – promoted by the stateless Palestinians and sponsored by Egypt, Algeria, Morocco, Lebanon, Oman, Qatar, and Sudan in a document tellingly named “Occupied Palestine” – purported to be interested in “safeguarding of the cultural heritage of Palestine and the distinctive character of East Jerusalem.”


That resolution, given the moral imbecility of the twenty-four countries that voted in favor (and the twenty-six that cravenly abstained), had as its primary purpose to airbrush a Jewish connection out of Jerusalem, and particularly the Temple Mount, which the UNESCO charade did not even refer to by its Hebrew name, instead referring only to it by its Muslim name.

The hallucinatory and willfully delusional vote from nations in the thralls of Palestinianism, of course, is not surprising, given the UN’s promiscuous bias and historical inversions when assessing the perceived shortcomings of Israel. Nor was the attempt to de-Judaize the Western Wall and Temple Mount by ascribing fictive religious identities on those sites the first time this irrational irredentism had been used as a tactic to elevate the Palestinian claim to Jerusalem while simultaneously obliterating the Jewish one.

The vote was not a legitimate attempt to protect the ethnic and religious rights of a people to sites that are verifiably and undisputedly theirs. Rather, it was a brazen and volatile political tactic promoted only by completely ignoring at least two-thousand years of biblical, religious, historical, and archeological evidence supporting the obvious, and inarguable, fact that the Temple Mount and Western Wall are not only significant in Judaism, but its holiest places.

But this latest example of “Temple Denial” on the part of the Palestinians and their supporters is the culminating act in a long campaign that showed itself as early as 2000 at the Camp David negotiations when a shocked President Clinton was told by Yasir Arafat that no Jewish edifice had ever existed on the Temple Mount but had been located, he preposterously claimed, in Nablus.

That false version of history is clearly still prevalent within the Palestinian movement, as evidenced by October 14 comments made on official PA TV by Mahmoud Al-Habbash, PA chief Mahmoud Abbas’s adviser on religious and Islamic affairs, whose sentiments reinforced and parroted the language of the UNESCO resolution. “Jerusalem is occupied Palestinian land. Jerusalem is the property of the Palestinians,” he said.

These delusions are apparently shared by Abbas. “The Al-Aqsa Mosque is ours. The Church of the Holy Sepulchre is ours as well,” he announced in a September 2015 speech in Ramallah. “[Israeli Jews] have no right to desecrate the mosque with their dirty feet, we won’t allow them to do that,” he said.

Since the 1920s, when Amin al-Husseini, the Nazi-loving grand mufti of Jerusalem, rallied Muslims with accusations that Jews intended to destroy the Al-Aqsa Mosque and rebuild the Jewish Temple, Arabs have attempted to obscure a Jewish connection to the site, and have sought to “liberate” purported Muslim holy places from the grip of Zionists.

The Palestinian position on Jerusalem was clearly articulated by Yasir Arafat’s in July 2000: “I will not agree to any sovereign [Israeli] presence in Jerusalem.” They can occupy us by force, because we are weaker now, but in two years, ten years, or one hundred years, there will be someone who will liberate Jerusalem [from them].”

“Liberating” Jerusalem, of course, does not mean transforming it into a pluralistic, open city where members of three major faiths can live freely and practice their religions openly. Liberating Jerusalem for the Palestinians would be more in keeping with the type of liberation that Transjordan’s Arab League effected when they burned and looted the Jewish Quarter in Jerusalem in 1948; expelled and killed its hapless Jewish population; destroyed some 58 synagogues, many hundreds of years old; unearthed gravestones from the history-laden Jewish cemetery on the Mount of Olives and used them for latrine pavers; and barred any Jew from praying at the Western Wall or entering the Temple Mount.

If UNESCO is intent on mollifying the Arab street by pressuring Israel to divide Jerusalem and turn over its holy sites as a peace offering to the Palestinians, it may well be setting into motion the exact opposite result: a jihadist, apocalyptic movement invigorated by the misguided diplomacy of the West that, once more, asks Israel to sacrifice its security, religious heritage, and nationhood so that Islamists can realize their own imperial ambitions at the Jewish state’s expense.

The UNESCO vote indicates that in a morally incoherent world, political expediency will trump reason, truth, and fact. Orwell described it: “All history was…scraped clean and re-inscribed exactly as often as was necessary. In no case would it have been possible, once the deed was done, to prove that any falsification had taken place.” 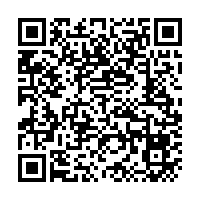