Yishai speaks with Ambassador Michael Oren, an American-born Israeli historian, author, politician, former ambassador to the United States (2009–2013), current MK, and the Deputy Minister for Diplomacy in the Prime Minister’s Office. Oren is also the author of “Ally” – a revealing book about his experiences as ambassador in the tumultuous period of the “ideologically inflexible” Obama administration. Then, MK Rabbi Yehudah Glick on the children of his home community Otniel who suffered terror yet are now rebuilding, and his latest Knesset conference about Jewish rights on the Temple Mount. Finally, Spiritual Cafe with Rabbi Mike Feuer on the Big Bang Torah portion of Bereshit/Genesis where, as the world is being created, Abraham is already there… 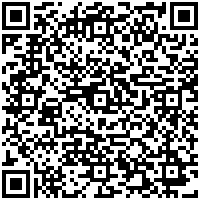