The Democrat primaries are sweeping around the nation and leaving behind fewer Jewish Democrats in public office and more antisemitic radicals sitting in the House of Representatives.


Rep. Ilhan Omar and Rep. Rashida Tlaib both survived challenges from better qualified African-Americans because they enjoyed the backing of the Democrat establishment.

Despite her antisemitic rhetoric, a habit that Omar continued during the primary, she got the endorsement of Speaker Pelosi. The top elected Democrat official also endorsed Tlaib.

After Omar’s first round of antisemitic remarks, Senator Kamala Harris defended the racist politician against her Jewish critics by warning “that the spotlight being put on Congresswoman Omar may put her at risk.”

Then Harris insisted that, “there is a difference between criticism of policy… and anti-Semitism.”

Senator Harris has since been picked as Biden’s running mate. If Biden wins, a politician who defended Omar’s antisemitism will almost certainly become the next president of this country.

While Harris has been depicted as a moderate, her chief of staff, Karine Jean-Pierre, was the national spokeswoman and senior adviser for MoveOn. The radical group has a long history of trafficking in antisemism and attacking the Jewish State. It even opposed Senator Schumer because, in its own words, “our country doesn’t need another Joe Lieberman.”

Jean-Pierre had accused Israel of “war crimes” and denounced AIPAC as “Islamophobic” for opposing the murder of Jews, urging Democrats to avoid the pro-Israel convention.

Rep. Alexandria Ocasio Cortez, the squad leader who supported Omar’s pro-BDS resolution, has a speaking slot at the Democrat convention. A letter on her site, signed by the congresswoman, accuses Israel of becoming an apartheid state and threatens to cut off aid.

Rep. Cortez’s email in support of the move touted the backing of BDS groups and extremist organizations linked to terrorist groups like the PFLP and Hamas. These groups include American Muslims for Palestine, whose chairman, Hatem Bazian was the architect of the harassment of Jews on college campuses as the founder of Students for Justice in Palestine.

When Israel resisted a Hamas invasion from Gaza, Rep. Cortez accused Israel of a “massacre”.

Jewish Democrats can’t keep on pretending that these views are marginal when they occupy a speaking role at their convention between John Kerry and Bill Clinton.

All this matters a whole lot more than the policy theater over the Democrat platform.

What’s at stake for Jewish Democrats is not just policy: it’s representation.

The number of Protestants and Jews has been dropping in Congress, an inevitable consequence of secularization and diversity. The DNC’s parade of speeches will open with Senator Bernie Sanders, an atheist with a Brooklyn accent who isn’t part of a Jewish community. And he’s the prototype for the new type of “Jewish” Democrat.

The 117th Congress will have only two Jewish House Democrats from New York after Rep. Elliot Engel was defeated and Rep. Nita Lowey was replaced by minority radicals backed by Sanders and Cortez. New Jersey’s lone Jewish congressman survived an assault by a Cortez/Sanders backed radical.

How is it possible that the largest Jewish population in the country has so few Jewish House members? Democrats have strategically gerrymandered New York City to deny representation to Jewish areas by rolling them into minority areas where only the radicals can win.

Jewish Democrats used to hold public office because they were elected by Jewish voters. That’s no longer true in New York. It’s still true in Florida and a few other states. But not for long.

The new “Jewish” Democrat is a radical activist who has no ties to the Jewish community. He or she may not even be Jewish. Rep. Cortez has claimed that she has Jewish roots because “to be Puerto Rican is to be the descendant of: African Moors & slaves, Taino Indians, Spanish colonizers, Jewish refugees, and likely others.” Then who needs actual Jews anyway?

The radical hijackers of the Democrats have been playing this game for a while.

“I think I am the closest thing to a Jew that has ever sat in this office,” Obama had insisted.

As Senator Kamala Harris hits the campaign trail, look for her to tout her Jewish husband, and to endlessly retell the same story about her mother-in-law. Politics is built on lame ethnic pandering, but these tired routines are obscuring something much more deeply disturbing.

Obama and Harris both signed off on Iran’s nuclear program and the flow of money to terrorists. And they’ve covered that disturbing fact over with happy talk about all their Jewish friends.

Obama’s policies led to the murder of Jews. He loved Jews so much he couldn’t stop killing them.

Senator Cory Booker thrilled Jewish Democrats with his ability to recite a few Hebrew phrases, and then worked hard to protect black nationalist terrorists who murdered Jews in his state.

Rep. Alexandria Ocasio Cortez claims to be Jewish because she’s Puerto Rican while coordinating with the allies of the terrorists who are killing Jews.

Meanwhile, Jewish voters are increasingly not being represented at a communal level.

Some of the largest traditional Jewish communities in the country are being represented by radicals like Rep. Yvette Clarke, Rep. Karen Bass, or Rep. Nydia Velasquez who are overtly hostile to Israel, and uninterested in actually representing Jews in their gerrymandered districts.

The relationship between Jewish communities and elected officials is being broken. And that has implications well beyond Israel, BDS, or Iran. It means that Jews are no longer a Democrat constituency. That’s a reality that is quietly sinking in for many Jewish Democrat professionals, especially after the purge of Rep. Elliot Engel by a radical backed not only by AOC, but Obama.

According to Jamaal Bowman, Obama decided to endorse him after reading his response to a liberal Jewish clergyman rejecting his call to fight BDS and bashing Israel’s military.

Most Jewish Democrat voters are steadily refusing to pay attention to this phenomenon.

And yet there’s only so many rants about Trump, so many furious New York Times and Washington Post op-eds to be scrolled through at the breakfast table that can keep the ugly reality of what a radicalized Democrat Party means for Jewish communities at bay.

Not Jews in the abstract sense. Democrat politicians can, like Senator Cory Booker, keep a Hebrew copy of the Bible in their office, they can, like Rep. Alexandria Ocasio Cortez, claim Jewish roots, or, like Barack Obama, claim to be Jewish in some vague sense of values.

None of this has anything to do with actual Jews, their interests, communities, and lives, but it does a wonderful job of flattering the insecure neurosis that makes some Jews lean leftward.

Obama had won by reducing America to a set of leftist values. He did the same thing to Jews. But when you reduce people to your own abstractions and slogans, you’re appropriating them. Marxists worshiped the working class as an abstraction and terrorized the actual working class. Because they claimed to stand for “the people”, they never had to pay attention to real people.

The appropriation of the Jews transforms a people into a set of leftist slogans. And then Democrats from Barack Obama to Rep. Alexandria Ocasio Cortez are free to support policies that lead to the murder of actual Jews in the name of their leftist abstractions of Jewish values.

The American political system doesn’t recognize constituencies as abstractions, but as people. The Democrats are building a new one-party state in which elections are irrelevant and primaries exist to broker arrangements between intersectional non-profits funded by billionaires. Actual Jewish communities are an annoying inconvenience in this Marxist political system.

Democrats with Jewish last names will still exist, they just won’t represent anyone except the roster of non-profits like Bend the Arc, J Street, Jewish Voice for Peace, Jews for Racial and Economic Justice or If Not Now, that are not only actively working to get Jews killed, but that don’t represent anyone except George Soros or Buffett’s son. And attacking Soros for his radical extremism is the only thing that Democrats will even recognize as antisemitism anymore.

The pattern ought to be a familiar one from how leftist regimes dealt with Jewish populations.

Jewish Democrats who imagine that Israel is the problem are about to learn they’re the problem.

The problem, as in the USSR, is that many Jewish communities are bourgeois enclaves filled with middle class professionals, two-parent families who raise their children to succeed, go to a good college, get an even better job, get married, and raise their own children in a suburb with safe streets, challenging schools, and the rest of what used to be the American Dream.

Like most suburbanites, they aren’t actually radical. They just stupidly enable the radicals. And the radicals, once they take power, are not going to tolerate them. They’re going to get rid of them. It’s already happening. And, unlike the 70s, there won’t be any suburbs to run away to.

A decade ago there were six Jewish House Democrats out of New York. Now there are two. 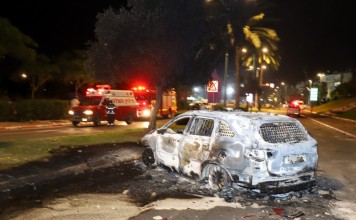 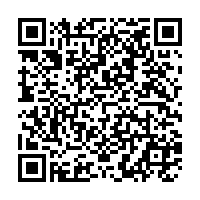