The election is not over. President Trump may wish to put down the golf clubs and get back to rallying his supporters.


As predicted and explained in “How to Steal an Election” – Parts I, II and III – the Left has manufactured an Election “season” (as opposed to “Day” as required by 2 U.S.C. §7), and the “journalists” of the news media have begun the relentless drumbeat of proclaiming “President-elect Biden.” That is make-believe.

The media does not determine the outcome of the election. Governors of states will send electors to Washington DC in early December. That is the Electoral College, and their vote will decide the presidential election. So, the string of reports and stories and projections and suppositions about the new Biden administration is all part of an information operation to psychologically condition the public to accept Biden/Harris as a fait accompli.

It does not help that President Trump has gone golfing at one of his clubs in Sterling, Virginia for the past two days. That is not a confidence-builder for the campaign staffers and party operatives out in the states he needs to legally challenge and flip. Rudy Giuliani is in Philadelphia, screaming. The president is golfing. You cannot make someone want the presidency.

In the intelligence world, we called that sort of activity “indications and warnings.” Demonstrated behavior is an indication (though not a guarantee) of intention. Perhaps President Trump is “done?” Maybe he has really had enough? I do not know.

What I do know, is that if President Trump were serious about challenging the outcomes in Georgia, North Carolina, Pennsylvania, Michigan. Wisconsin, Nevada and Arizona (maybe even Virginia), then he would be back on the campaign trail, holding rallies in those states. The best way to motivate the electorate, and the vote counters and the judges making rulings in the legal cases pending in the courts and jurisdictions of those states, is to show up. Woody Allen is credited with saying, “80 percent of life is showing up.” Thomas Edison is credited with saying, “Ninety per cent of a man’s success in business is perspiration.” Very different men, but there is a consistency in the wisdom. President Trump may wish to reconsider his leisure time should he wish to successfully challenge the currently scripted outcome of the election.

Meanwhile, there is lots of talk of “concession.” That is more nonsense. Think of it as when your larger, older cousin would demand you cry, “uncle” during a wrestling match. There is nothing legally or formally significant, relevant or binding about a concession. This is the media’s puerile fixation on humiliating Trump. They want him in front of the cameras, admitting defeat. Forever. And ever. The American public will see that video clip played and played, over and over for the next decade in order to make sure everyone knows that no political outsider will ever be allowed to become president ever again. You got that straight? Not ever. Americans will not know that the Japanese surrendered to General MacArthur in WWII, but they will see Trump’s concession speech. A lot.

We will continue to look at the lessons coming from this election and the consequences (intended and unintended) – but in the next month, look at what President Trump does, personally, to advance his claims and remedies for election malfeasance and gamesmanship. The consequences go beyond the outcome of this election – and reach all the way to whether we can have any faith in any electoral system without a radical overhaul to 21st century standards for veracity and surety of election results.

The president MUST get personally involved and FIGHT. 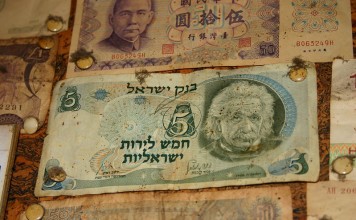