The Anti-Defamation League released a truly shocking poll of Israeli opinion last week. You wouldn’t guess that from reading the newspaper headlines, which were all about decades-old divisions in Israeli society. But here’s the shocking part: Over a fifth of respondents accused Diaspora Jews of contributing to those social divisions.

While some Israeli minorities might plausibly say this (ultra-Orthodox Jews upset by American Jewish pressure for religious pluralism, radical leftists upset by American Jewish support for Israel), it’s hard to see those minorities alone adding up to 21 percent of respondents. But why would any mainstream Israelis, who have traditionally been appreciative of Diaspora Jews’ political and financial support for Israel, now feel that overseas Jewry has become a negative factor, a force contributing to social divisions?

If I had to answer in four words, I’d say “the New Israel Fund.” But the NIF is merely the most visible face of a deeper problem, as demonstrated by another shocking poll released last month: Mainstream American Jews are increasingly siding with Israel’s enemies on issues that many Israelis consider fundamental to their country’s well-being.

The first asked respondents what they thought about moving the U.S. Embassy from Tel Aviv to Jerusalem. Supporting the embassy move used to be a mainstream American Jewish position. Yet in this poll, only 16 percent of respondents favored moving it immediately. Even more shocking, only another 36 percent supported moving it “at a later date in conjunction with progress in Israeli-Palestinian peace talks.” A full 44 percent said they didn’t want the embassy moved, period.

Most Israelis want international recognition of Jerusalem as their capital. Palestinians, by contrast, overwhelmingly oppose it. So on an issue where Israelis and Palestinians are clearly at odds, American Jews overwhelmingly opted to side with the Palestinians against Israel. Almost half didn’t want the embassy moved at all, and most of the rest wanted to give the Palestinians de facto veto power over the move–which is the real meaning of saying it should happen only “in conjunction with progress” in peace talks. And needless to say, recognition of Judaism’s holiest city—the focus of Jewish prayers for millennia–as Israel’s capital is hardly a trivial issue.

The “current situation,” lest anyone forget, is one in which Palestinians adamantly refuse to recognize Israel as a Jewish state or drop their demand to relocate millions of Palestinians to Israel; in which every Palestinian party–including Mahmoud Abbas’s supposedly “moderate” Fatah”–lauds anti-Israel terror, incites it, pays generous salaries to terrorists, and educates its children to hate Israel; in which most Palestinians say their ultimate goal isn’t a Palestinian state, but Israel’s eradication; and in which Hamas, one of the two major Palestinian parties, still openly proclaims that goal.

Consequently, as repeated polls have shown, most Israelis believe a Palestinian state under current conditions would be inimical to their well-being. Far from bringing peace, they believe it would simply turn the West Bank into a base for anti-Israel terror, just as Gaza has been since Israel withdrew from that territory in 2005. Thus, on an issue that’s literally life and death for Israelis, a majority of American Jews sided with the Palestinians against mainstream Israelis.

Are most Israelis actually familiar with this poll data? Of course not. But they intuit it from the behavior of one of the most high-profile American Jewish organizations in Israel – the NIF.

The NIF has become toxic not just for Israeli rightists but also centrists and even the soft left. As an example, take Women Wage Peace, a group seeking to mobilize Israeli and Palestinian women to lobby for Israeli-Palestinian peace. In an interview last month, its founders said they decided to stop accepting money from the NIF after their first year in operation because they wanted to broaden their base beyond the hardcore left and feared association with the NIF might drive away the centrists they sought to recruit.

Nor is this surprising. That same month, in response to a tweet asking whether Israel is “an evil country” or “just committing ethnic cleansing on a regular basis,” the NIF’s Israeli president, Talia Sasson, tweeted, “It is both.” Also that month, Ruchama Marton, founder and president of one of the NIF’s best-known grantees, Physicians for Human Rights, published an op-ed in Haaretz advocating for BDS.

In other words, the NIF has no problem with a chief executive who publicly calls Israel “evil” and falsely accuses it of systematic ethnic cleansing. And despite claiming that it doesn’t “fund global BDS activities against Israel nor support organizations that have global BDS programs,” it has no problem with its grantees’ chief executives publicly promoting BDS. Given this, is it any wonder that even soft-left groups like Women Wage Peace don’t want to be associated with the NIF?

Nor can the NIF be dismissed as a fringe organization. Unlike, say, the widely condemned Jewish Voices for Peace, the NIF is well within the mainstream American Jewish fold; Rabbi Rick Jacobs, today the president of America’s largest Jewish denomination, the Reform movement, used to chair one of its grant committees. And with annual donations topping $26 million in 2016, from a long list of donors, it clearly has a non-negligible support base. It’s not in the top financial tier of American Jewish organizations, but neither is it anywhere near the bottom.

Given this, it’s not surprising that a growing number of Israelis view Diaspora Jewry negatively. The only question is whether anything can be done to close this widening rift before it’s too late. 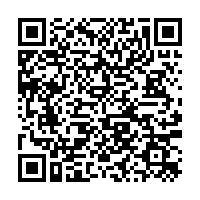