Apparently, if you’re Left, you’re not a Zionist.

If you are from the Left and are furious at what is written above, don’t be upset with me, I am just the messenger!

The Left-wing Israeli party, Meretz has apparently taken the word ‘Zionist’ out of their official political platform. That’s right people, they are no longer a Zionist party.

Dear brothers and sisters from Meretz, I don’t hate you, I am praying for the day you come back to join us to fight for our right as the Jewish people to the Land of Israel.

Why did they take the word Zionist out of their platform? Great question!

MK Mossi Raz from Meretz explains that while he claims to be a Zionist, ‘We have Arabs in our party and therefore by definition, we cannot be Zionist’.

Wait a second! Isn’t that what the late R. Kahane said…Whatever the case, let’s help them get their clear political message out, hit that share button!

(BTW, I know of Arabs who are Zionists, so Raz’s explanation is inaccurate.) 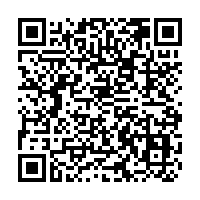