The partiality and exaggerated rhetoric of the European Union (EU) against Israel has, in recent weeks, become ever more familiar. The EU condemned Israel’s plans to construct housing units in the four-mile area known as E1 between Jerusalem and Ma’ale Adumim, a settlement of more than 40,000 residents; its High Representative for Foreign Affairs, Catherine Ashton, said she regarded construction plans in the neighborhoods of Givat Hamatos and Ramat Shlomo as “extremely troubling.”

Yet neither the settlements nor the proposed construction have ever prevented negotiations to solve the Israeli-Palestinian conflict. It is noticeable that the EU has not articulated any serious criticism of the terrorist attacks from Gaza against Israeli civilians — actions that do make a peaceful solution less probable. Further, as Israel’s former ambassador to the UN points out, the EU has never criticized the Turkish “settlers” for their “occupation” of Northern Cyprus, or “their own citizens who build beach-front villas in territory under Turkish occupation.” [Israel Hayom, January 7, 2013]. There is no mention of “Chinese occupied Tibet,” or “Pakistan occupied Kashmir.”

The continuing criticism of Israel comes at a moment when 14 of the 27 countries in the EU voted in the UN General Assembly on November 29, 2012 for the resolution that “Palestine” become a nonmember observer state at the UN. Only the Czech Republic voted against the resolution. The EU disregarded the fact that this resolution, a unilateral action, was illegal, a violation by the Palestinians of binding obligations in the Oslo Accords and other agreements with both Israel and the U.N., including Security Council resolutions 242 and 338, which guaranteed that the final status arrangements should be reached only through direct negotiations. In addition the EU has refused to designate Hezbollah as a terrorist organization. These decisions do not exactly evidence a record for any kind of EU objectivity; Ireland, arguably the harshest European critic of Israel, just assumed the presidency of the EU on January 1, 2013.

It had been hoped, however, that the European Court of Justice, established in 1952 to interpret EU law, and now composed of 27 judges who meet in Luxembourg, would be more impartial than the EU in its decisions on issues regarding Israel. Unfortunately, the record of the Court so far has been disappointing, and its partiality has been shown on a number of occasions.

In its judgment on February 20, 2010, the Court ruled that goods produced by Israeli companies based in the disputed territories of Judea and Samaria (the “West Bank”)  did not qualify for duty-free import into the EU. The Euro-Mediterranean agreement between the European Community and Israel, signed on November 20, 1995 allows Israeli industrial products to be imported into the EU countries without customs duties. The decision in the 2010 case arose from the application by the German drinks manufacturer Brita to import soda-water makers and drink syrups manufactured by an Israeli firm, Soda Club, based in the settlement of Mishor Adumim. The European Court upheld the refusal of German customs officials to grant exemption from customs duties in this matter.

The Court explained its decision by what may be considered specious reasoning. The European Community (the predecessor of the EU) had signed an agreement on trade and cooperation with the PLO for “the benefit of the Palestinian Authority of the West Bank and the Gaza Strip” on February 24, 1997. The Court held that each of the two association trade agreements had its own “territorial scope;” one scope was the State of Israel, and the other the territory of Judea and Samaria and the Gaza Strip. Therefore, for the Court, products made by Israel which originated in Judea and Samaria did not fall within the “territorial scope” of the European-Israel agreement, and thus did not qualify for preferential customs treatment. The Court also presumed to considered the presence of Israel in Judea and Samaria “illegal.”

The most recent decision by the European Court is pure judicial burlesque. On January 20, 2010 the president of the Israeli think tank, NGO Monitor, who is a British citizen and thus has standing, filed a lawsuit, under the EU’s Freedom of Information Law, against the European Commission (EC), the executive arm of the EU, to obtain information found in 200 documents about EC funding of non-governmental organizations (NGOs). These bodies often pose as “peace” and “human rights” organizations, ” but in reality are highly politicized advocacy groups, attempting to manipulate Israel through boycotts, divestments, sanction, frivolous and malicious lawsuits, and accusations of alleged “war crimes” — all of which would render them ineligible for EU funding. 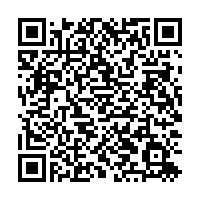