The Iranian government is now demanding the finished nuclear deal be re-opened for negotiation, again.

Ayatollah Ali Khamenei demanded earlier this month that sanctions be lifted entirely, rather than simply suspended as agreed in the nuclear deal signed in July.

This past weekend, the demand was repeated by a top Iranian official ahead of the upcoming United Nations General Assembly, where informal negotiations often take place on the sidelines. On September 28, Iranian officials plan to meet with the entire P5+1 delegation that negotiated the nuclear deal with Iran, according to Iran’s FARS news agency.

However, U.S. Secretary of State John Kerry reportedly plans to meet with Iranian Foreign Minister Javad Zarif in the coming days in New York over the issue. According to Fox News, a State Department official said there will be no further negotiation.

“We’ve long said that we’re not going to comment on or react to every statement attributed to the Iranian leadership,” the official told FoxNews.com. “Our focus is on implementing the deal, and verifying that Iran completes its key nuclear steps under the Joint Comprehensive Plan of Action (JCPOA). There is no renegotiation, and the nuclear-related sanctions relief that Iran will receive once the IAEA verifies that it has completed its nuclear steps is clearly spelled out in the text of the [agreement].”

The ayatollah has said, however, that unless sanctions are lifted entirely, “there will be no deal.” According to a translation by the Middle East Media Research Institute (MEMRI), Khamenei warned if sanctions are only suspended, Iran too will only “suspend” the nuclear activities listed in the agreement.

In the text of the agreement, there is a reference to “lifting” the sanctions, but the White House has promised that sanctions “will snap back into place” if Iran violates its end of the deal.

According to MEMRI, it’s not that simple. The talks on the sidelines of the UN General Assembly may provide a forum for new negotiations over further concessions to Iran. Outright “lifting of sanctions” would constitute a “fundamental change” to the deal, MEMRI pointed out, because “lifting the sanctions, rather than suspending them, will render impossible a ‘snapback’ in case of Iranian violations.”

“Just as we refrained from complying with UN Security Council resolutions, we can do so with regard to 2231,” explained senior negotiator Abbas Araghchi in an interview on Iranian Channel 2 broadcast on July 20, 2015, picked up and translated by the Middle East Media Research Institute (MEMRI).

The three leaders, President Hassan Rouhani, Foreign Minister Javad Zarif, and Araghchi, who also serves as deputy foreign minister, emphasized in the interview that Iran has no intention of abiding by the UN resolution, which includes both the JCPOA and Annex B – the list of points with which Iran disagrees, including the issue of sanctions on the Iranian missile development project. Rather, Iran seeks to abide only by the JCPOA.

Following the passage of UNSCR 2231, the Iranian foreign ministry issued a statement noting, “Iran does not attach legitimacy to any restriction and any threat. If UNSCR 2231 will be violated by Iran, it will be a violation of the Security Council resolution and not of the JCPOA, similar to what happened 10 years ago when we violated Security Council resolutions and nothing happened.

“The text of the JCPOA notes the fact that the content of the JCPOA and of the UN Security Council resolution are two separate things,” the statement read.

During the interview, Araghchi said that there had been tough bargaining between the Iranian and American delegations over the issue of the arms embargo on Iran and the sanctions related to Iran’s missile development project. 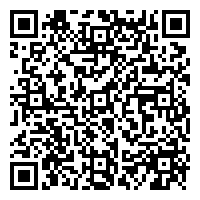