When the truth finally came out that three loyal Americans and the American Ambassador had been murdered in Benghazi, Libya, on 9/11/12 as the result of a calculated terror attack and not, as the White House had been insisting for two weeks, a YouTube video made privately by an American and released months earlier, the President abruptly changed his discredited story, and surreally tried to slip the world into believing he had called that attack an act of terror all along.

It must be difficult for any American administration to deal with aggressors in the Muslim world; so far it has been treating them as if they were immature, spoiled children who must be given their way.

What America fails to, or does not want to, understand is that Islamic scriptures forbid Muslims to take non-Muslims as friends, or even as partners worthy of cooperation, compromise or equal rights: “O you who believe! do not take the Jews or Christians for friends…or helpers.” [Qur’an 5:51; 3:28; 3:118; 9:23; 53:29; 3:85; 3:10; 7:44, and 1:5-7; and half a dozen entries from the Hadith] Although for Western consumption there have been attempts to tart up how these verses are interpreted, throughout the Arab and Muslim world, they are clearly understood by most Muslims to mean what they say: “Smite the neck” means “smite the neck,” as can see nearly every week, from innocent civilians blown up on the streets, to the recent attempted murders of a teenage girl for the crime of wanting an education; for even allegedly mishandling a Qur’an, or for enduring gang rape].

One would think that America, after 9/11/01, would have learned, that, as “the true focus behind jihad…. is to defend, not destroy”, the Muslim world is constantly looking for excuses and cracks of weakness to confirm the need to feel wronged, to justify attacks on American and Western interests.

Muslims have learned from their history that terror works. They have also learned that for terror to achieve its goal of surrender, the Islamic tender touch must accompany the terror: both the Islamic father who holds the stick and the Islamic mother who hugs while the father is beating.

The US should also by now have understood that just because Islamic anger and terror are constantly on the search for these excuses, one must never fall for them. Islamist chatter in the Arab media and on Arab websites is constantly itching for confrontation and looking for justification for terror. It was possibly this mindset that prompted the U.S. embassy in Cairo to release the following statement condemning the video even before any attacks on the Cairo embassy:

“The Embassy of the United States in Cairo condemns the continuing efforts by misguided individuals to hurt the religious feelings of Muslims – as we condemn efforts to offend believers of all religions. Today, the 11th anniversary of the September 11, 2001 terrorist attacks on the United States, Americans are honoring our patriots and those who serve our nation as the fitting response to the enemies of democracy. Respect for religious beliefs is a cornerstone of American democracy. We firmly reject the actions by those who abuse the universal right of free speech to hurt the religious beliefs of others.”

Four hours after the release of this statement, crowds stormed the embassy, destroyed the U.S. flag and replaced it with an Islamic flag. By issuing such a statement, the US embassy in Cairo, not only took the bait, it provided the bait by creating the excuse the Islamists needed. The anger in Egypt about the two-month-old video, which had to come out exactly on the eve of 9/11, should have been proof enough that it was merely a pretext.

As someone born and raised in the Muslim world, I know that Islamic anger and terror against the West lurks and lies in wait for any excuse to explode at the culture that is the object of their jihad. Jihad, once the pride of the Islamic world, is now an international crime that Muslims have learned to camouflage as self-defense. Not one mosque Friday sermon in the Middle East is devoid of cursing of the non-Muslim (kafir) enemies of Islam. As jihad is a violation of the rights of others, both individuals and nations, Muslims have become all too eager to assert their victimization by others, meanwhile looking for an opportunity for weakness in their prey, a flinch or an apology, which they consider a signal to do their holy violence.

When anyone dares to say jihad means violence, or when violence is committed in the name of Islam, the so-called moderate Muslims are outraged but manage to look the other way. The more some Muslims terrorize, while others stand by in denial, the more they confuse, soften and weaken their victim. While one face of Islam is doing the terror, the other face tells the world, we love peace, so please don’t you dare judge us by our terrorists because if you do, we will riot, kill, and burn. Both faces of Islam work together; one cannot survive without the other.

We now have an American president who refuses to make the American people number one for his empathy, and would rather cater to the outside world and to the cat and mouse game they are playing with American sensibilities. Many in American mainstream media and government have turned not against the perpetrators, but against the victims of Islam, whether they are Americans, Egyptian Copts, or apostates of Islam. To many in the government and in the media who think they know better, these objects of Muslim breach of trust are simply “Islamophobes” or “racists.” Members of the government and the media have denied the American people the right to identify their enemy and eradicate it. They have turned a blind eye to American victims of terror and their families and disregarded America’s need for a healing process based on justice. By saying that Americans and Europeans are to blame, Western governments and the media have, like the President, been refusing to treat Americans as adults.

America, with its superpower knowledge and status, has fallen for the old tricks of Islamic culture; many believe they must have done something wrong to deserve terror, if not over a movie, over a cartoon or a video or, as with kindergarten children in Africa, over a stuffed teddy bear. ‘How dare we deal with these dictators?’, they may think; or, ‘How dare we liberate these people from their tyranny?’ Human rights groups would say those were acts of aggression or acts of interfering with their internal affairs — and all excellent excuses for jihad.

Many Americans, unable to stand up and call the terror attack by its name, have reacted to 9/11 by blaming each other but never the perpetrator of the terror. That old Arab trick has always worked on many cultures, such as the Coptic Christians when Egypt used to be a pluralistic Christian nation and a superpower.

Consciously or unconsciously, the American people elected as their first president after 9/11/01, Barack Hussein Obama, a man proud of his Islamic heritage, who seems to have believed that during his administration, because of his unique heritage and understanding of Islam, he was best fit for bringing about a reconciliation between the West and Islam.

But when the Muslims did not reach out and take Obama’s “outstretched hand,” and attempted terror attacks were repeated under Obama’s watch, no matter how hard he tried, both Obama’s credibility and Islamic excuses were threatened, Obama’s legacy of being the only president in recent history who managed to have no major terror attack during his presidency, was destroyed. He now has nothing to show for having changed American/Muslim world relationship, except for emboldening Islamism by a refusal to say even one word to deter it. He now cannot say that everything he did was worth it for the sake of peace and that those who criticized his appeasement, his bow to the Saudi kind and his Cairo speech, were right.

Obama appears to have been aiming at a legacy of peace with Islam, but that legacy came crashing down with the terror attack on 9/11/12. The Muslim world was most likely disappointed with Obama who they thought was not appeasing enough. But then again, the Islamists always want more — more than what Obama or any other president can give them; they do not want co-existence, they want surrender.

Obama’s theory failed. He overestimated himself and his belief that he understands the Muslim world and will show future presidents how to do it has also failed.

In desperation, Obama pursued a policy of denial in an attempt to save face. He went as far as telling the American people, just like many Muslims do, that terrorism is really not terrorism and that it must be because of a logical reason and that Muslims are reasonable people without an agenda of jihad.

The video became the handy excuse not only for the Egyptian people to save face, but also for the Obama administration to save face. If that excuse came at the expense of the truth, or the lives of American diplomats and heroic Navy SEALS and servicemen, then so be it. Many Americans are proud they finally have their first black president, but as someone born and raised in Egypt, I see many similarities between Obama and the Arab leaders I grew up with. Obama might be best described as the first Arab president. 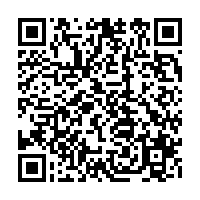