The election day exit poll results have been reported as factual throughout the general and Jewish media. If they are to be believed, President Bush received no more than 25 percent of the Jewish vote. It is reasonable to be concerned that in light of these polls, President Bush will be less supportive of Israel in his second term, concluding that former secretary of state James Baker was right when he used a vulgarity in dismissing Jewish interests relating to Israel because “they don’t vote for us anyway.”But while John Kerry captured a large majority of the Jewish vote, there is evidence that the exit polls have underestimated Jewish support for Bush. In the 2000 election, the exit polls predicted victory for Al Gore. This year, they projected that Kerry would win the popular vote and both Ohio and Florida. Obviously, these polls are very flawed.The exit polls got the election results wrong in a very large sample of thousands of voters. In the case of the Jewish vote, the exit polls sample a tiny number of people who happen to be Jewish. Almost none of these polls specifically poll only Jews and as a result, the number of Jews polled is so small as to be statistically meaningless.As an example, CNN’s exit poll is based on a fairly large overall nationwide sample of 13,660 voters. Of these 13,660, only 3 percent, or 410 people in all 50 states, are Jewish. According to CNN, 25 percent of these 410 Jews, or 102 people, voted for Bush.Relying on a nationwide sample of 410 Jews is unreliable enough. To take a sample of 410 Jews and proclaim that who these 410 voted for means anything is absurd – especially since these 410 people just happened to be Jewish. Again, CNN did not specifically conduct a poll of Jews. It conducted a poll of American voters, 3 percent of whom told the pollsters they were Jewish.When the focus is on specific states, the extent of the exit polls’ unreliability becomes even clearer.In New York, where 6,868,000 people voted, CNN’s exit poll concluded that 8 percent of voters, or 549,000 people, were Jewish. CNN’s exit poll claims that only 18 percent of Jews – or 98,900 Jews – voted for Bush in all of New York State. The CNN exit poll came to this conclusion after questioning 1,452 people in all of New York State. Eight percent of these 1,452 people were Jewish. This comes to a grand total of 116 Jews questioned by the CNN poll, of whom 21 voted for Bush.Taking seriously a poll of 116 people is silly. Nobody knows what areas within the state these 116 people were from. CNN’s poll did not reach all or even many New York State voting stations, and there is no reason to think that CNN polled in any of the Orthodox neighborhoods.In New Jersey, CNN’s exit poll queried 1,520 people, 7 percent (or 106) of whom were Jewish. Of those 106 Jews, 24 percent voted for Bush. There are quite a few observant Jews in New Jersey, but considering that only 106 Jews were questioned in the entire state, it’s doubtful that the CNN poll ever made it to any of their neighborhoods. The actual vote in several New York and New Jersey counties is revealing. For example, Bush won a majority in Rockland County, with more than 60,000 voters – 12,000 more than four years ago, when Al Gore prevailed there by 17 points. Not coincidentally, Rockland County includes Monsey and Spring Valley. But it is likely that CNN’s poll did not question even one voter in those areas.The Bergen Record reported that “election results from Bergen County show a striking change in the voting patterns within Orthodox neighborhoods. In the district near the Englewood synagogue [of Congregation Ahavath Torah, led by Rabbi Shmuel Goldin], about 45 percent of voters went for Bush, as opposed to 21 percent in 2000. A similar shift occurred in heavily Orthodox neighborhoods in Teaneck, including one where Bush captured 62 percent of the vote after garnering just 14 percent in 2000.”The Orthodox shift toward Bush in Bergen County was a major contributor to Bush’s garnering 26,000 more votes there than in 2000 and closing the gap from 14 points to 4 points.Similarly, Ocean County went for Bush by a 60-39 percent margin, after Gore won a majority in 2000. The town of Lakewood is located in Ocean County.Various estimates suggest that approximately 60 to 70 percent of Orthodox Jews voted for Bush. Perhaps even stronger than Orthodox Jews in their support for Bush were Russian Jewish voters. An American Jewish Committee election day survey showed that 75 percent of Russian Jews in New York, New Jersey and Pennsylvania voted for Bush.Russian Jews represent a not insignificant percentage of the Jewish population in the Northeast, and most are non-Orthodox. While together the Orthodox and the Russians still amount to a minority of the overall Jewish electorate, both groups live in a relatively small number of neighborhoods and were likely disproportionately missed by the pollsters.In a sample of just a few hundred people, which to begin with is statistically inconsequential, failing to adequately poll the observant and the Russians would result in a significant error in the poll estimates. It is likely that the exit polls are off by five points or more.To the extent that there is media coverage of how Jews vote in the presidential election, in the future there should be election day polls taken specifically of Jewish voters. One pollster, Frank Luntz, conducted such a poll this year on a limited scale, in Ohio and Florida only. While polls of Jews would contain flaws, they would be an improvement from tallies based upon exit polls of 13,660 Americans – 13,250 of whom are not Jewish. 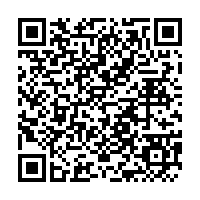