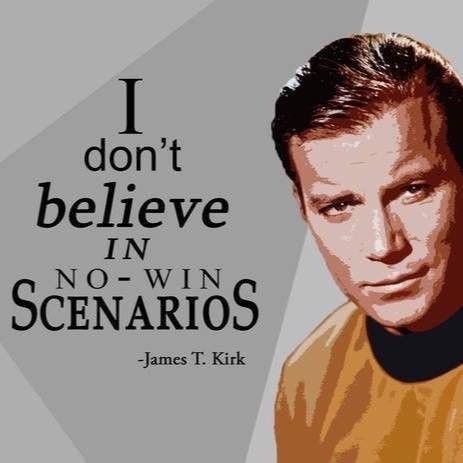 Two men are offered $100,000.00 — All they have to do to earn it is to come to an agreement on how they will split the money among themselves.

No problem.
Except that one of the men refuses to split the money evenly. Instead, he demands 90% of the cash or he will leave and neither of them will get anything — and he insists on receiving that 90% regardless of the other man’s arguments. Sure enough, realizing that the ‘blackmailer’ is not going to budge, the other man realizes he has no choices other than to agree to accept 10% of the money, or leave empty-handed.
So he takes the $10,000.
And the blackmailer pockets the other $90,000.
Welcome to the pre-Trump Middle East.
Nobel Prize winner Robert Aumann described this in 2010 as “The Blackmailer’s Paradox,” and explains how Israel’s desire for peace with the Arabs suffers from the same problems.
Namely:

1. There is an underlying assumption that agreements must be reached with the Arabs at any price — and the failure to reach an agreement is unacceptable.

2. Just like the man who accepts the $10,000 — who sees the situation as a one-time game — Israel focuses on the short, immediate term instead of seeing the immediate situation as part of the long term, and as an opportunity to establish precedents and initiatives for another, different opportunity at some point down the road. In the paradox above, instead of accepting the $10,000 — the man could have stood his ground and refused to give in, thereby setting the groundwork for a potential opportunity that might come up later.

Lee Smith fleshes out this point in an interview with Aumann:

Aumann believes that the problem isn’t that the Israelis and Arabs don’t want peace, but rather that the Israelis and their U.S. patron believe they are playing a one-time game whereas the Arabs see themselves as playing a repeated game. Jerusalem and Washington are in a hurry to conclude negotiations immediately, whereas the Arabs are willing to wait it out and keep playing the same game. The result is that Israel’s concessions, or the desire to have peace now, have brought no peace.

…“For repetition to engender co-operation, the players must not be too eager for immediate results,” Aumann said in his lecture. “The present, the now, must not be important. If you want peace now, you may well never get peace. But if you have time—if you can wait—that changes the whole picture; then you may get peace now.”

3. Like the blackmailer, the Arabs have complete and total faith in their position, which empowers them to demand preconditions and even concessions up front. This confidence also convinces the other side, and the West in general, of the rightness of the Arab cause.

In his blog First One Through, Paul Gherkin has a post,  Nikki Haley Channels Robert Aumann at the UN Security Council, where he runs down how Israel failed on all 3 of the above points during the Obama administration:

Meanwhile, Israel collapsed under Obama on all three points. It was compelled to publicly state its support for a two state solution which may-or-may-not be the best outcome for an enduring peace. It was repeatedly pushed for “good will gestures” that showed that Israel would take immediate action and would not walk away from the table. And far-left wing organizations such as J Street and the New Israel Fund actively undermined the faith and conviction that Jews have a basic human right to live in homes that they legally purchase. [emphasis added]

The peace process was left in shambles.

Jonathan Mark, the associate editor of The New York Jewish Week, describes the alternative to the “good will gesture” approach, à la Aumann’s approach, this way:

And that is what the Trump administration did, by taking the step which the Obama administration never contemplated: recognizing and supporting some of Israel’s claims, while at the same time holding back on support of the Palestinian Arabs.
In response, the Arabs did what they consistently do. They played the long game as opposed to the one-time game — and waited out the Trump administration.
What Trump did was change the way the game was played.
Kind of like the Kobayashi Maru.
Advertisement


In the second Star Trek movie, the Kobayashi Maru is a training exercise designed to test the character of Starfleet cadets in a no-win scenario. The cadet is assigned in a simulation to rescue the disabled civilian vessel Kobayashi Maru, located in the Klingon Neutral Zone, knowing that any Starfleet ship entering the zone will cause an interstellar border incident. The cadet crew must choose whether to attempt a rescue of the Kobayashi Maru crew – endangering their own ship and lives – or abandon the Kobayashi Maru to certain destruction. If the cadet chooses to attempt a rescue, the simulation is deliberately designed to guarantee that the cadet’s ship is destroyed with the loss of all crew members.

In the movie, Captain Kirk is the only one to ever successfully complete the mission, rescue the Kobayashi Maru, and escape the Klingons unscathed.
How?
Kirk secretly reprogrammed the computer to allow for the possibility of rescue — because he does not believe in “no-win” scenarios.
In going contrary to accepted wisdom, both in pursuing Middle East peace with other Arab countries while bypassing the Palestinian Arabs and in applying pressure on the Palestinian Arabs instead of on Israel, Trump rewrote the accepted, calcified way of pursuing peace — Trump basically pursued a strategy worthy of Captain Kirk.

But the degree to which Trump exploded the accepted myths by reprogramming how Middle East peace can be accomplished can be seen in the reactions that followed.
According to Wikipedia, while the movie itself does not discuss the consequences of rejecting the rescue mission, it is discussed in Star Trek novels and video games that followed — with consequences that include the mutiny of the crew.
So while Trump has been nominated for a Nobel Peace Prize (similar to Kirk receiving a commendation for “original thinking”), there has also been a backlash.

In principle, then, I would not rule out either Netanyahu nor Trump as theoretically possible NPP [Nobel Peace Prize] candidates. My personal opinion, however, is that their policies and personal records stand, for the most part, in stark contrast to the main trajectories in international peace politics that the NPP has followed since 1901.

To which Aumann offered the counterargument:

The Peace Prize is for peace, not for being a nice guy. It’s true that it was given to Mother Teresa and later to Obama, but neither one brought peace. Netanyahu brought peace, and is bringing more of the same.

And it is interesting to imagine if Trump might have brought more of the same as well. 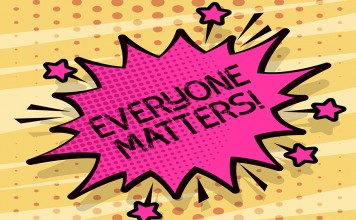 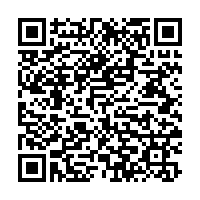