In recent days, the Arkia airline has been holding training days for young men and women from Israel’s Arab sector, intending to eventually employ them, Panet, an Israeli Arabic-language news site and content portal in the Arabic language aimed at the Arab population in Israel, reported this week. As early as this month, 10 to 15 ground and air flight attendants from the Arab sector will start work on the Tel Aviv to Dubai line.

The office Arkia plans to open at the Dubai airport will have an Arab manager able to provide service in both Hebrew and Arabic. In an interview with Panet, Arkia CEO Oz Berlowitz said that “the company wants to hire many Arab workers who can provide the best services to our travelers.”


The air train from Israel to Dubai has already run more than 180 flights by Israeli companies between Ben Gurion Airport and the Persian Gulf. The passengers come from all the sectors in Israel, on their way to partaking in the abundance of tourist attractions offered by the Arab emirates.

And so this vast business potential has also led to a welcome social initiative, as Arkia is integrating members of the Arab sector into the company’s service, and as part of the atmosphere of peace, the company declared would encourage female flight attendants to wear the hijab on its planes.

The company’s strategic consultant Amir Assi told Panet that the role of flight attendant requires a deep sense of responsibility “and high personal ability, as well as and command of the Arabic language. This is an opportunity to open up before the sons and daughters of Arab society jobs that have hitherto been only a dream.”

Assi mentioned Joint Arab List MK Mansour Abbas’ call to integrate members of the Arab sector into positions in the economy, and pointed to Arkia’s move as another step in this direction.

“Young people in the Arab sector really want to integrate,” Assi said. “One of my first recommendations I made in my position at Arkia, which I only recently entered, was to integrate young men and women from the Arab sector in the line to Dubai, and I believe that in the future they will also be included in flights to other destinations, such as Eilat and Cyprus. We are announcing that the company’s doors are open and there are no barriers.”

Arkia officials told Panet they are not afraid of hostile and suspicious reactions from both Jews and Arabs in Israel. “The world is changing, Arabs and Jews are living as neighbors and leading a life of cooperation,” Assi said. “Today there are more than one and a half million Israeli Arabs, and they are integrated into academia, medicine, and other areas. There should be no blockage in any area, and in our decision, we prove it in the area of ​​aviation as well.”

He depicted Arkia as a trailblazer in the industry and hopes other Israeli companies would follow. “It honors the State of Israel, and demonstrates to the whole world how to live together in cooperation,” he said. 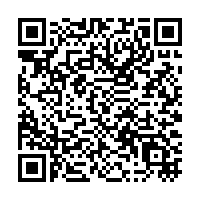