In the December issue of Foreign Affairs, Thorsten Benner, co-founder and director of the Global Public Policy Institute, in Berlin, reported that intelligence officials and political leaders in France and Germany have increased their warnings of Russian intentions of interfering with the national elections scheduled for April and May in France and September in Germany.

The primary objective of Russian intervention is “to corrode democratic norms and institutions by discrediting the electoral process and to tarnish the reputations of democratic governments in order to establish a kind of moral equivalence between Russia and the West.” Benner concludes that since both countries are not yet prepared to respond to the threats, the Russians will succeed.


In the midst of this potential electoral crisis, the ongoing physical destruction of Syria and the annihilation of its civilian population, the ongoing violence in European cities as a result of the influx of Middle East immigrants, the concern about European debt, and Iran’s existential threat, it is astounding that France has decided to host a Middle East Peace Conference on January 15, 2017–all the more astonishing for it being virtually on the eve of the inauguration of a new US President whose public statements appear to be at variance with the fundamental objectives of this proceeding.. As Yisrael Medad notes, the draft requires:

1. Both sides to restate their commitment to the two-state solution, and to disavow official voices on their side that reject this solution

2. Each side independently demonstrates, through policies and actions, a genuine commitment to the two-state solution and refrains from unilateral steps

3. Restates the validity of the Arab Peace Initiative (whatever that might be, post-Iran nuclear deal);

4. Reaffirms that they will not recognize any changes to the  June 4,1967 lines, including with regard to Jerusalem, other than those agreed by the parties through negotiations; also reaffirm that they will distinguish, in their relevant dealings, between the territory of the State of Israel and the territories occupied since 1967;

5. Welcomes the prospect of closer cooperation between the European Quartet and the Arab League members to further the objectives of this Declaration and enhance, if necessary, existing mechanisms.

Israeli Prime Minister Benjamin Netanyahu called the conference “rigged by the Palestinians with French auspices, to adopt additional anti-Israeli stances. This pushes peace backwards, it’s not going to obligate us. It’s a relic of the past, a last gasp of the past before the future sets in.”

How France can be considered a neutral party is beyond comprehension. On January 10, 2017 Gerald Steinberg, President of NGO Monitor, documented “French government support of non-governmental organizations (NGOs) that support discriminatory BDS campaigns against Israel and with alleged ties to terror groups.” (http://www.ngo-monitor.org/reports/french-funding-bds-terror/).

French and other western European hostility toward Israel should not come as a surprise according to Steven J. Rosen, who served for 23 years as one of the leading officials of the American Israel Public Affairs Committee (AIPAC). “The strongest external force pressuring the U.S. government to distance itself from Israel is not the Arab-American organizations, the Arab embassies, the oil companies, or the petrodollar lobby,” he said. “Rather, it is the Europeans, especially the British, French, and Germans, that are the most influential Arab lobby to the U.S. government.” This is why the Arabs prefer dealing with the US through Brussels, London or Paris. They consider “Europe to be the soft underbelly of the U.S. alliance with Israel and the best way to drive a wedge between the two historic allies.”

Rosen theorizes that the Europeans pursue this policy for a number of reasons. In terms of import markets, the Arab Gulf States import hundreds of billions a year more than Israel. At the UN, Israel has one vote; Arabs have 25 and the Muslim nations control 50 votes.

Another possibility is the guilt many Europeans might harbor about their imperial past leads them erroneously to assume Israelis are subjugating citizens of the Third World.  The burgeoning influence of their own Muslim populations (e.g., Arabs in France, Turks in Germany, and South Asians in Britain) and the need to appease them could be another reason. Some analysts postulate that Europeans might derive a degree of pleasure in criticizing Israeli Jews, thus relieving or lessening their own guilt for the Holocaust.

While the record shows that Western democracies and the US have resorted to harsher methods in conflicts far removed from their own territory than Israel employs in its own backyard, Europeans, perhaps deliberately, fail to appreciate that Israel “is a democracy at war, living in a mortally dangerous neighborhood,” that must defend herself in a manner that appeasement minded Europeans contradictorily at times call “excessive.” Israeli philosopher and political theorist Yoram Hazony offers another reason why the Europeans viscerally loathe Israel. Efforts to delegitimize Israel, he says, have become more effective regardless of any particular Israeli policy.  To understand what drives this hatred, we must see Israel through European eyes.

After Israel was founded as a nation-state, dozens of other independent states were established throughout the Third World. Since World War II, many intellectuals and political figures in Europe attribute the crimes of National Socialism to the nation-state. The idea that nations can arm themselves and use their weapons for self-defense is now seen as barbaric.  For the first time in 350 years, the idea of the independent nation state is viewed by many as a source of incalculable evil, and no longer the foundation of our liberties.

For most Jews, Auschwitz demonstrates their failure to protect themselves and their families. They depended on the West for help that never came. Only the state of Israel stands as a bulwark against this catastrophe from occurring again. Many Europeans, however, see Auschwitz as the direct result of nations deciding for themselves how to employ their military power.

To preclude this evil from ever being repeated again, the theory goes, national states of Europe must be dismantled, and joined together under a single international government such as the European Union (Brexit notwithstanding). Only the EU can prevent a future Auschwitz. Israel’s persistence in pursuing national self-determination and defending herself, explains the virtually infinite hatred so many feel towards the Jewish state. For many, the Jews have become the new Germans—“Israel is Auschwitz.”

While other nations willingly sacrifice their independence, Israel selfishly clings to her own state and uses force to defend herself, considered to be illegitimate. Since in this view Israel is, in some way, “a variant on Nazism,” then changes in Israeli policies or PR are irrelevant. “An improved Auschwitz is still Auschwitz.” While Jews are horrified about hearing about “Israel’s destruction,” some are actively already working for her demise.

To the chagrin of these internationalists, European animosity toward Israel in the long run is destined to be self-defeating.  As Paul Johnson, an English journalist and historian, has warned: “So Israel is envied and hated; and efforts are made to destroy her. The extermination of the Israelis has long been the prime objective of the Terrorist International.”  The terrorists “calculate that if they can break Israel, then all the rest of civilisation is vulnerable to their assaults.” 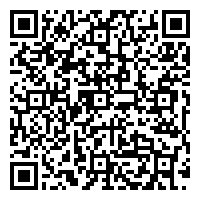