Would I be shocked if some day an investigating committee discovered it was a secret agent of the internal security service who posted those pictures of Israeli politicians in Nazi uniforms? Honestly, I wouldn’t be. It’s what Israel’s internal security does—cast blame on the right.


Back in 1996, the Shamgar committee investigating the Rabin murder ruled “without any doubt” that it was Avishai Raviv, an agent provocateur of the Jewish Department of the internal security police, who created and disseminated a poster of Rabin in Nazi uniform. Agent Raviv did a lot of bad things, according to the committee, including inventing the idea that the prime minister had the status of “rodef,” one who is about to commit murder and so must be killed first.

And he created the Nazi Rabin poster, with government funds, to cast false blame on the right.

Lest I be misunderstood, I join all the voices in Israel who, over the past week or so, have expressed various levels of disagreement, even shock, at the images of several key Israeli politicians dressed in Nazi uniforms, courtesy of Photoshop and Facebook.

I happen to believe that the first party to mention the Holocaust in a debate loses. Comparing any post-Holocaust event, including some holocausts, to the Holocaust belies a deep misunderstanding of the scope and monstrosity of the European Holocaust. Certainly comparing the quality of service at some roadside motel to Auschwitz would betray a deep ignorance of the suffering of Humanity in general and the Jewish people in particular.

In Israel, the images of leading politicians, such as Finance Minister Yair Lapid and Judiciary Minister Tzipi Livni in Nazi uniforms have created a stormy news cycle complete with police investigation, the closing down of the Facebook page that featured those images, and a vehement condemnation by the outgoing Chief Justice of Israel’s Supreme Court, the final arbiter of democratic values.

To an American who enjoys the luxuries of a well honed First Amendment to the Constitution, this must seem very strange. Why would a fairly amateurish artistic effort to dress up some politicians in Nazi uniforms be perceived as a danger to the rule of law and democracy? Isn’t democracy a place where one can express oneself offensively as long as they like, provided they don’t yell fire in a crowded theater?

But the Israeli media response to the Nazi posters is a masterpiece of propaganda, borrowing heavily from the father of modern communications, Hitler’s Propaganda Minister Joseph Goebbels, who wrote: “The essential English leadership secret does not depend on particular intelligence. Rather, it depends on a remarkably stupid thick-headedness. The English follow the principle that when one lies, one should lie big, and stick to it. They keep up their lies, even at the risk of looking ridiculous.”

In Israel, anyone would tell you that the 1995 murder of Prime Minister Yitzhak Rabin in a main square in Tel Aviv began with posters that depicted Rabin in a Nazi uniform. Surely, goes the argument, if the public is drenched once again with these offensive images, we’ll end up with yet another political murder.

You see, the average Israeli is remarkably stupid and thick-headed when it comes to the sanctity of freedom of speech. They simply don’t remember it was their government which paid for and delivered the Rabin Nazi poster, they only remember the poster, with horror, because after the poster some nut job killed Rabin.

And so, with zero regard to the value of free speech in a democracy, Israeli police is pursuing the new Nazi poster offenders indefatigably.

But even if the anonymous person calling himself or herself Natan Zuabi (an inside joke at the expense of an Arab MK and an Israeli radio broadcaster) is not a police agent—the pursuit of those images constitutes the suppression of free speech. And a supreme court justice who can’t recall it was the government who invented those Nazi posters is asleep at the wheel of democracy.

Alas, the only democracy in the Middle East just got a little less democratic. And it could get worse. 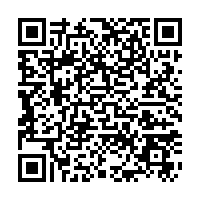