I gave up reading The New York Times after getting fed up with its biased reporting and the blatant editorializing in its news pages circa the late eighties and early nineties when the Times did everything it could to bring down the Reagan presidency and demolish the presidency of the elder Bush.

In essence the newspaper seemed to be out to destroy Republicans and exalt Democrats, journalistic standards of objectivity notwithstanding.


Yet in the run-up to this most recent presidential election I found myself reading the Times again, partly because a Facebook correspondent called me out on disparaging the Times’s recent coverage when I was no longer a regular reader and partly because a neighbor asked me to take her paper in while she was away.

(I certainly wasn’t about to start buying it again until I could be convinced it had become a fairer media outlet but this confluence of circumstances prompted me to have another look.)

An editorial just prior to the election made the familiar case against Donald Trump, the GOP candidate, and for his Democratic opponent, Hillary Clinton. The case against Trump struck me as having much to recommend it. I was no fan of the GOP candidate, after all. Yet the editorial writers did a great deal more than make it. In their usual excess they turned their guns on the Republican Party itself.

After what read like a perfunctory nod to those Republicans who had consistently opposed Trump, they proceeded to launch a savage attack on Republicans in general. Referring to the Trump/Clinton contretemps, they wrote: “This surreal, miserable presidential campaign exposed a lot of rot in our democracy’s infrastructure, and…a sick Republican Party.”

My antennae went up immediately as I read on. “Some in the never-Trump movement tried and failed to stop the nominee. But history will not be kind to the other Republicans who, out of cravenness or calculation, sidled up to a man they knew to be unfit for office. Paul Ryan, Mitch McConnell, Ted Cruz, Marco Rubio – weaklings all. A party of holier-than-thous standing athwart history, saying, ‘Stop Hillary, whatever the damage.’ ”

In retrospect, of course, that decision to stay with Trump, despite his rhetorical excesses – and they were legion – doesn’t look quite so bad after all. Still this incessant demeaning of Republicans is red meat to many on the left and that Times editorial helps explain why so many liberals have come to feel this way.

This year’s GOP nominee may indeed have been uniquely disruptive, but Hillary Clinton certainly was no bargain either. Trump may have seemed awful to many on a personal level and in terms of temperament, but Hillary, with her history of sleazy mixing of politics with self-enrichment; with her secretiveness; and with her affinity for policies that promised a third Obama term, was hardly a credible alternative for principled Republicans like Ryan.

Continuing with its prematurely triumphalist rhetoric and rejoicing in what the paper clearly saw as an impending GOP collapse in the wake of an anticipated Clinton romp to the White House, the Times continued:

“If Mr. Trump is rejected on Tuesday, the nation will have a momentary breather. And some good news to build on. The Republicans who have spent the last weeks and months jumping on, then off, then on the Trump bus will have been discredited, and some may be unseated….”

But as events showed, it was too early for such schadenfreude from the Times.

For the Times, as for so many on the “progressive” left, the problem with Trump wasn’t Trump but the Republican Party itself. Referring to what they expected would be the post-election scenario with Hillary Clinton preparing to take the oath of office, the Times editorial staff added: “This country’s problems will still be deep and complex, and the Republicans in Congress show no signs of giving Mrs. Clinton any more respect than they gave President Obama, or of abandoning their jihad against responsible governing.”

“Jihad?” Have these editorialists forgotten the intense disrespect and obstructionism shown by Democrats to Ronald Reagan and both George H.W. and George W. Bush? Do they imagine that only a Democratic president is worthy of respect from all Americans?

To the extent the Times sees the problem with this recent election as the GOP itself, and not as the rise of a presidential candidate who channeled the anger of many voters feeling disenfranchised by a triumphalist left wing pushing its agenda by extra-constitutional means (through executive orders and agency rule-making outside the supervision of an elected congress), the paper has surely lost touch with the country at large.

Reading that jeremiad against Republicans, I was almost prompted to choose Trump on Election Day, even though I had been a confirmed NeverTrumper almost since he first showed up on the primary circuit in the summer of 2015. After all, why would anyone follow the recommendations of a newspaper that clearly despises and disdains the principles he or she favors and that treats those who hold such principles as just so much undeserving trash?

And though I resisted the temptation to cast my vote for Trump, I can’t honestly say I’m sorry he won – or that so many Republicans who were uneasy with him, perhaps nearly as much as I was, apparently came home to their party’s nominee in the end. 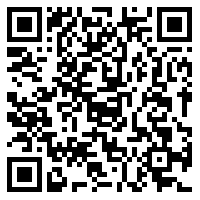