In light of the ongoing – and in some areas, escalating – terror attacks against Israeli motorists and bus drivers – the government has approved a proposal by Likud Transportation Minister Yisrael Katz to add another 113 bulletproof buses to the nation’s fleet.

The new buses will cost an estimated NIS 215 million and are to be purchased and added to the school and civilian bus lines in Judea and Samaria in the next four years.


“I attach great importance to the issue of increasing the number of bulletproof buses in Judea and Samaria,” said Katz. “This will strengthen the communities and allow us to increase the frequency on the routes to different destinations while making sure Israeli citizens who ride as passengers are safe.”

Shomron (Samaria) Regional Council head Yossi Dagan agreed, noting, “This was a critically important decision.” He thanked Katz for his efforts in getting the budget item passed, saying the increase of bulletproof buses would return the residents of Judea and Samaria “to their natural place as Israeli citizens with rights equal to other Israeli students and citizens.”

No one was physically injured as their vehicles came under the hail of stones, but there was no information about the extent of damage to the cars.

Last month an Israeli bus driver was injured after his bus came under a stoning attack by Arab terrorists on Highway 60 near the Jewish community of Ofra, in the Binyamin region.

The bus driver – whose bus was not the only vehicle to be damaged that night – was evacuated to Jerusalem’s Sha’are Zedek Medical Center with shattered glass in his eyes. 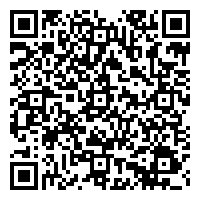