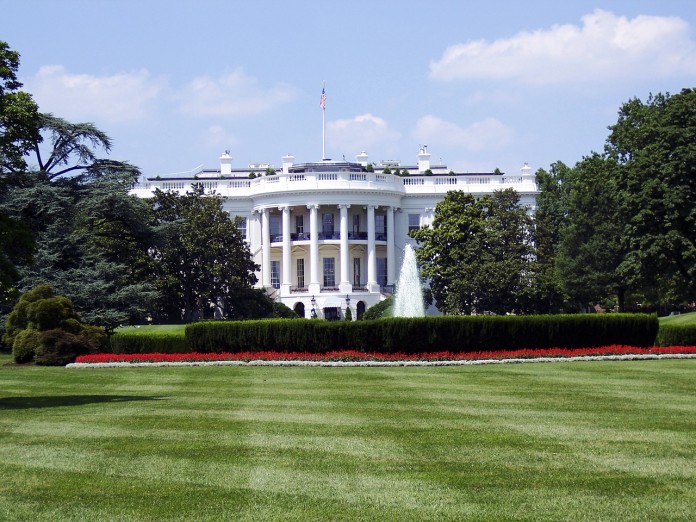 February, not two weeks into the, ahem, presidency of Joe Biden, I described in my article, “Joe’s Jews,” the appointments he made of 11 longtime Jew haters and Israel loathers to key positions in his cabinet/regime.

A month later, in my article “More about Joe and the Jews,” I described 12 more Jew haters and Israel loathers that Joe appointed to key positions in his cabinet/regime.


There have been many other alarmingly similar appointments since then, making it clear to even the most casual observer that the Biden White House has a particularly hostile—even hateful—attitude toward Jews and their ancient homeland Israel, combined with a perverse infatuation with and allegiance to any group or individual intent on destroying the Jewish state

There is no doubt that Biden’s presence in the Oval Office has been interpreted by these career haters and organized thugs as an unmistakable nod of approval to continue and even expand on the tsunami of anti-Semitism now sweeping the entire globe—from the contamination of most American colleges and universities to brutal physical assaults of Jews in the streets of New York, Las Vegas, Los Angeles and around the world—a phenomenon writer Victor Rosenthal elaborates upon in chilling detail—to condemnation of Israel by the Irish parliament and other governments to the racist obscenities vomited out routinely by Democrat members of the U.S. Congress.

And the beat goes on

In fact, Joe Biden and his entire coterie/staff/cabinet/appointees of left-wing, blatantly anti-Semitic radicals, demonstrate their noxious racism on a daily basis, notwithstanding his boilerplate pronouncements about support for Israel…at the exact same time he embraces, applauds and funds Israel’s mortal enemies. Want proof? Here is the very very short list:

But we really shouldn’t worry. After all, just the other day, Biden told an ABC-TV reporter that Hamas is “just an idea. It’s more of a concept, an a-a-abstract, a, the, you know, the, the, the thing. A sym—a symbol. Hamas is more of the journey, the, the destination. The real Hamas is just the, you know, just the friends we made along the way.”

“So who is launching the rockets then?” asked the interviewer.

“Come on, man!” Biden replied angrily. “Want to arm-wrestle? I took down ole Bucktooth Joe back in my college days. He was one of the best arm-wrestlers east of the Mississippi. And pow! I took him down. Right in the kisser. Let’s go, me and you, right now. Or maybe a push-up contest. You know, the — the thing about the push-ups…”

One thing about Jew haters and Israel loathers, they are remarkably unoriginal. While their reasons for hating Jews may have changed over the centuries, the symptoms of their racism have remained the same:

All of it driven by pathological jealousy!

Interestingly, they never seem to wonder why it is that out of eight-billion people in the world—including 2.2-billion Christians, approximately one-billion Protestants, and 1.8-billion Muslims (the majority in 49 countries), they cannot deal with or destroy the 15-million Jews—seven-million in the U.S., seven-million in Israel, and about one million around the word.

It must make them feel immensely stupid or impotent, hence even angrier than their usual fixated state of fury.

But like every liberal, leftist, progressive—whatever they’re calling themselves these day—who thinks that the crashing failures of socialism and communism in world history were a function of bad management and that they will do it better, so the Jew haters of the world think they will finally get the anti-Semitism thing right and once and for all get rid of the people, and their country, that make them feel so bad and inferior and stupid and impotent every minute of every day and night—including weekends and holidays!

The fish stinks from the head

“The Biden administration has revealed the president’s long-seething hostility toward Israel,” writes former professor of political science Abraham Miller, “going back to his encounter with Israel’s then-prime minister Menachem Begin, in which Biden threatened to cut off aid to Israel.”

“As Israelis were crouching in hallways and bomb shelters and Hamas launched death from the skies against them,” Miller writes, “the Biden administration’s representatives in Vienna were negotiating an overture to the disastrous Iran nuclear deal”—Iran being the foremost supplier of arms to Hamas.

“A great deal of the recent debate [about the Hamas-Israel conflict], Gordon writes, revolved around the issue as to whether Israel has the right to defend itself….under what possible circumstances would it be acceptable or okay for Israel not to defend itself?

“Over the last several weeks Jews are being clubbed and beaten at random.” Gordon continues, “but the president so far has not found it within himself—like the Jewish Senate Majority Leader, Chuck Schumer—to stand up and condemn these types of hate crimes. Perhaps they will see themselves as being aligned too much with Jews which may impact on their political standing….what a shameful situation!”

How can Jews blind themselves to official antisemitism?

Economist and political commentator Valerie Sobel states that it is “entirely inexplicable how such a large caucus of American Jewry can be so irreparably injured by a presidential tweet on media bias, yet be entirely untouched by the ‘Death to Jews’ chants in the violent, politically underwritten Jew-hatred festivals of their own party and tirelessly anti-Semitic media.

“Impossible to digest how their Jewish offspring, their contaminated social justice warriors, the very grandchildren of Holocaust survivors, are so indoctrinated that they march with Black Lives Matter and the Boycott-Divest-Sanction Jew haters while holding ‘Free Palestine’ signs. And entirely irreconcilable—the supine silence of predominately liberal Jewish Community leaders on the Kristallnacht-style pogroms in L.A., London and New York.

“How can we explain this craven desire to throw ourselves onto the sword in the name of wokeness?” Sobel asks. “Who would applaud this desperation for acceptance into a club of liberal ideals that includes vile Jew-hatred? And why in the world would a political party with such a vast anti-Semitic ledger and clinically Israel-allergic membership be valued at such a premium by Jews themselves?”

Psychiatrist and historian Kenneth Levin also talks about the Congressional enablers of genocidal anti-Semitism. “Hamas is explicit in wanting to kill not only all Israelis but all Jews,” Levin writes….

“The current Administration,” Levin continues, “has stated as one of its essential goals the reassertion of American moral authority in the world…[but] the further, ugly phenomenon of a sizable segment of the Congressional delegation of a major American political party serving as supporters of or apologists for the criminal actions of a genocidal anti-Semitic terrorist group…[is] rather a demonstration of moral bankruptcy.”

Liel Leibovitz, writing in the NY Post , states: “As Jews were being pummeled, punched, spat at, intimidated with explosive devices and singled out for violence and harassment all across America this week, the righteous men and women of the Democratic Party were quick to denounce the twin scourges behind these mini-pogroms: anti-Semitism and—drumroll, please—Islamophobia.

“That’s the thing with morally muddled thinking, “Leibovitz continues. “It’s a simple principle that seems to be completely lost on nearly everyone in today’s Democratic Party. Hopefully, its Jewish voters will wise up before it’s too late.”

“Joe Biden has made a habit of describing himself as a loyal, stalwart friend and ally of Israel,” Perazzo writes….but a careful examination of Biden’s track record reveals his long and extremely troubling history of undermining Israel’s security and public image.”

Writer Andrea Widburg has the last word in Biden’s ignominious role toward Israel: “Biden may say he believes Israel has a right to self-defense,” Widburg writes, “but his actions reveal that his real sympathies lie with the Islamists who seek to destroy Israel and kill every one of her inhabitants. He is an indecent excuse for a human being.” 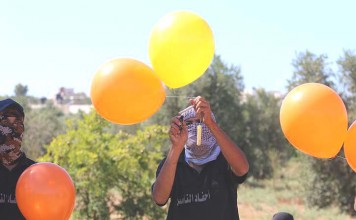 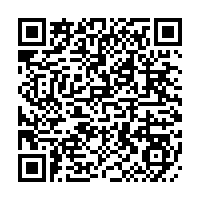