In the summer of 1973, the junior senator from Delaware Joseph Robinette Biden Jr. visited Egypt and met with local officials – not the first tier ones: the highest-ranking among them were the country’s Minister of Propaganda, alongside Hassanein Heikal, editor of the semi-official daily Al-Ahram.

Following his Cairo visit, Biden, who had just been elected the previous year, met in Israel with then Prime Minister Golda Meir and passed on the Egyptian disinformation. Biden told the Israeli prime minister that of all the Egyptian VIPs he had met, not one denied Israel’s absolute military superiority, and they all reassured him that it would be impossible for Egypt to go to war against Israel now. We all know how that turned out.


This week, Israeli historian Yigal Kipnis told News 12 about that meeting, which probably did not have a serious impact on Israel’s catastrophic decision-making regarding the possibility of an Egyptian attack in the Sinai a few months later. The meeting and its disinformation were probably another layer in the consensus of the Golda government that refused to recognize the imminence of war with Egypt.

“Golda did not need Biden to help her presume that the Egyptians would not go to war and that if they did then the result would be clear,” Kipnis put things in proportion, adding that it is difficult to know how much Biden’s report to Golda helped the Egyptian pre-war fraud scheme, if at all.

The report on the meeting that appears in Kipnis’s book, “1973: The Road to War” (Just World Books, 2013) was sent to then Israel’s ambassador to Washington Simcha Dinitz, most likely to be added to the senator’s file. Dinitz, by the way, was a sworn Golda loyalist whose appointment had been forced by the PM on then Foreign Minister Abba Eban.

“I was not aware that the incident that happened 50 years ago and about which I wrote it in my book, is related to Biden who has become President of the United States,” Kipnis told News 12, explaining: “After I had been notified about it, I went back to the book to see what else had been written, and to the relevant documents.”

The document is fascinating both as a piece of history and as a reflection of the particular give-and-take between Israel and officials in Washington, which has not changed in 50 years.

During his visit in Israel Senator Biden had an audience with the PM in her office in Jerusalem. Also present were the senator’s administrative assistant Westley Barthelmes (a former aide to Senator Robert F. Kennedy, who died in 1976 – DI) and the undersigned.

The senator opened with an expression of gratitude for the fact that the prime minister had taken the time to receive him, even though he was yet to meet the president. He related that he had arrived here from a 5-day visit to Egypt, and although he does not pretend to be an expert on the topic of Egypt, his impression was that the country is backward and dirty and with a sad character. He was received nicely but met only with the second tier of the regime. Did not see the foreign minister’ met among others with the propaganda minister and Hassanein Heikal (underlining in the original – DI). Of all the VIPs he met not one of them denies Israel’s absolute military superiority and therefore they argued that it would be impossible for Egypt to go to war against Israel now. According to the Egyptians he spoke with, only time will bring change, and also, when God wants it (Inshalla), a solution would be found. He noted that Hassanein Heikal was the most extremist in his views (the PM recommended that he read Heikal’s article in which he argues that the Egyptian demand of Israel to return to the June 1967 borders is only the first stage in a war to liberate all of Palestine). The senator added that all the Egyptians he spoke to admitted that they had gone to war in 1967 in the hope of annihilating Israel. They expressed disappointment in the US foreign policy regarding Israel and claimed they don’t like the Russians and only turned to them for lack of another option. The senator’s impression was that the Egyptians regard the US like sons whose father is depriving them because of his love for Israel.

Biden complained that the US did not have a Middle East policy and that it is being dragged by Israel. He argued there’s no debate of the Middle East in the Senate because the senators are afraid to say anything that would be disliked by the Jewish public. He related that initially, several senators were going to visit Israel with him, but when they heard he was planning to visit Egypt as well they expressed their reservations and called him a brave fool. The sensitivity of the Jewish public is so charged that some even called him an “anti-Semite.” He related the following story: in one of the internal discussions among his staff (which he says is 60% Jewish) he said the prime minister was a very gifted stateswoman and an “arm twister” in the positive sense of the term. The next day, the local Republican paper ran a headline that said: Biden Is an Anti-Semite, Called Golda Meir an ‘Arm Twister.’

As to Israel’s relations with its neighbors, the senator proposed that in light of the total military superiority of Israel it is Israel that must take the first step even if such a step would be unilateral. The senator is not convinced that Israel is ready to retreat and he also sees the Labor party’s platform as a crawling annexation (it’s amazing to realize where the Labor party used to be regarding the liberated territories, a position which has since disappeared, just shortly before the Labor party, too, disappeared – DI).

The senator described himself as unconventional regarding the American foreign policy and said that his liberal approach in all areas of policy has made him the target of criticism. He claimed that he is a realist who sees things as they are and has no delusions regarding the existence of anti-Semitism in the US (“After all, we’re only human” [sic.]). He also believes that the broad support for Israel in the American public could pass because if he were to ask the American public if they preferred 100,000 air-conditioners or support for Israel he has no doubt they’d pick the air-conditioners.

In 2015, in a speech on the occasion of Israel’s 67th birthday, then VP Joe Biden’s recollections and positions were a heck of a lot to the right of what the Israeli record showed in 1973. Biden told a pro-Israel crowd in DC:

And we know you, too, President Joe Biden. And as you put it in 1973, we have no delusions. 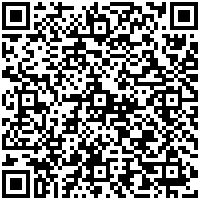